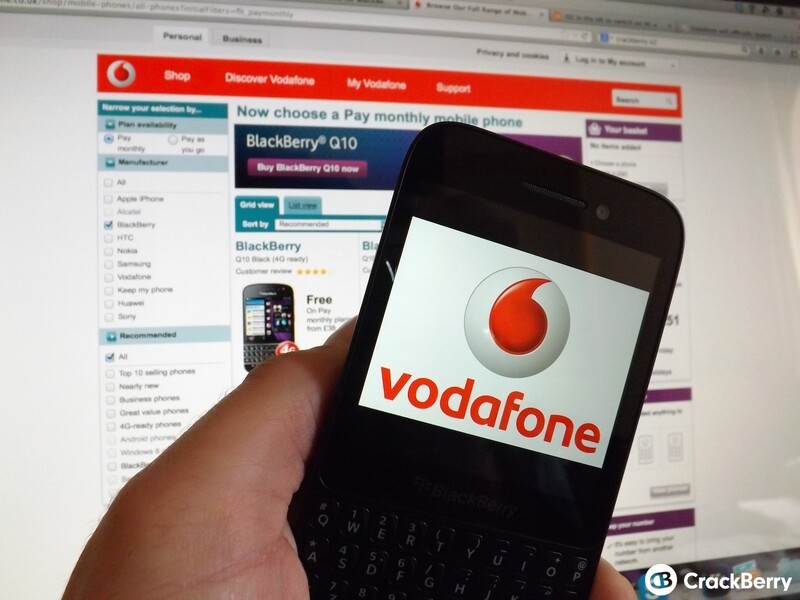 We told you recently that O2 would be flicking the LTE switch at the end of August. The word on the street is that Vodafone will be doing the same - meaning current customers who are rocking a BlackBerry 10 device can upgrade to a 4G plan if they so wish.

Don't get too excited though. The Vodafone LTE launch is only going to start off in London - with other cities to follow (12 by the end of the year). This of course is a long way behind the likes of EE who have had their 4G network up and running for some time now and are doing very well with it in terms of subscribers.

Vodafone 4G price plans are are set to kick off at the £26 mark for SIM only. This will only get you 2GB of data but there will be options for 4GB and 8GB packages. But, customers will be able to use unlimited data for the first three months. This is not a new thing for Vodafone. It is however the perfect way for customers to monitor how much data they actually use, therefore making their data bundle choice after the three month period easier to decide on.

If you are reading this and thinking to yourself "what, they only just got 4G" you would be right. The UK is way behind in terms of LTE technology compared to some countries, so we are playing catch up.

Vodafone currently sell the BlackBerry Z10 and Q10 but be sure to see other devices further down the line. If you are in the UK and considering the switch to a 4G contract, which network are you leaning towards? I know it costs more than 3G but I'm curious. Sound off in the comments if you would be so kind.