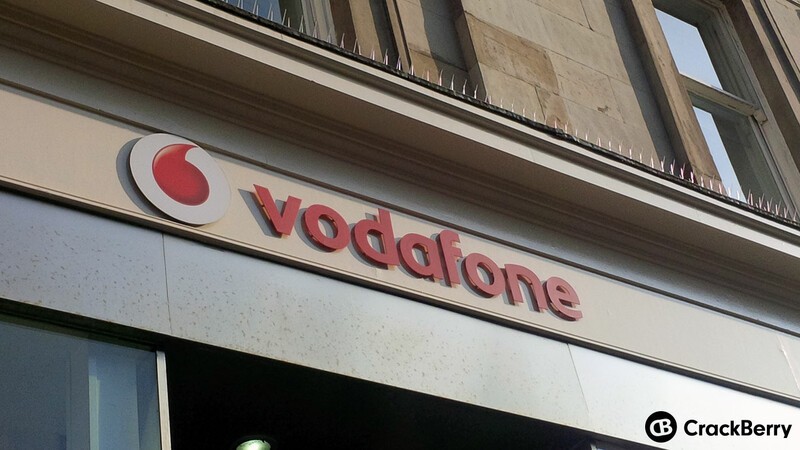 Vodafone flipped their 4G switch in the U.K. on August 29th, 2013, in London. Now, the carrier is their 4GBonus, a promotional plan for both existing customers as well as new customer who join the carrier. For new customers who sign up SIM only plan or get 4G ready device on a 12 or 24 month contract will get three months unlimited data. After that, they will get 4GB of data of top of the standard amount for the length of the contract. If you're a customer who signed up for a Vodafone Red 4G plan, you will also get an extra 4GB of data each month for the remainder of the contract.

This 4GBonus promotion will run until the end of October, so if you're looking to get a BlackBerry 10 device on Vodafone, snap up this offer while it's available.

At the moment Vodafone 4G is only available in London but Vodafone will turn on 4G in Birmingham, Coventry, Leicester, Nottingham and Sheffield on September 28th, 2013.

Vodafone UK is today giving customers even more reasons to enjoy fantastic sports or music entertainment on ultrafast 4G by boosting the amount of data available with all Vodafone Red 4G-ready plans by 4GB per month for the length of their contract. Vodafone Red 4G-ready brings 4G to life as never before, with sports action including over 150 hours of Premier League football from Sky Sports Mobile TV, or more than 20 million songs from Spotify Premium for music lovers.

Anyone signing up to a SIM only plan or a 12 or 24 month plan, with a new 4G-ready handset included, will get three months unlimited UK data, then double the amount of data available on standard Vodafone Red plans plus an extra 4GB per month for the length of their contract. On top of unlimited calls and texts it’s Vodafone’s best ever value deal. The ‘4GBonus’ offer runs from today until the end of October for new and upgrading customers. Customers who signed up for Vodafone Red 4G-ready plans after they went on sale on August 12 will also receive the additional 4GB of data at no extra cost.

Following the launch of Vodafone ultrafast 4G in London last month, Vodafone also announces today that it will launch 4G services in Birmingham, Coventry, Leicester, Nottingham and Sheffield on September 28. By the end of the year, Vodafone Ultrafast 4G, with speeds typically six times faster than 3G, will also be switched on in Bradford, Edinburgh, Glasgow, Leeds, Liverpool, Manchester and Newcastle.* Vodafone is targeting indoor 4G coverage across 98% of the UK population by 2015.

Mark Howe, Head of Post Pay Consumer, Vodafone UK, said “With our Vodafone Red 4G-ready plans 4G finally has a purpose and now with the ‘4GBonus’ Vodafone ultrafast 4G is even more compelling. There are a number of hotly anticipated new devices coming out in the Autumn and with the ‘4GBonus’ there are even more reasons for customers to choose Ultrafast 4G from Vodafone.”

Customers choosing Sky Sports Mobile TV will have access to more live football than ever before, including exclusive live coverage of more than 100 matches from the Barclays Premier League, the Sky Bet Football League, UEFA Champions League, the SPFL and La Liga. Vodafone customers choosing Sky Sports Mobile TV can also look forward to the Ashes tour of Australia this winter, Majors golf coverage including the US PGA Championship and Heineken Cup rugby.

Vodafone Red 4G-ready customers choosing Spotify Premium will have more than 20 million songs at their fingertips. Spotify is the largest music streaming service of its kind, offering instant, on-demand access to the world's music, on the go. Vodafone Red 4G-ready users can discover new music, enjoy playlists curated by their friends, follow their favourite artists and celebrities, or just relax and listen to Spotify radio. Spotify Premium lets music lovers enjoy music however they want – on a smartphone, tablet or through a home entertainment system. Music fans can even listen to their favourite tracks on aeroplanes, thanks to the ‘offline sync’ feature.