Control your VLC media player over wifi using your BlackBerry 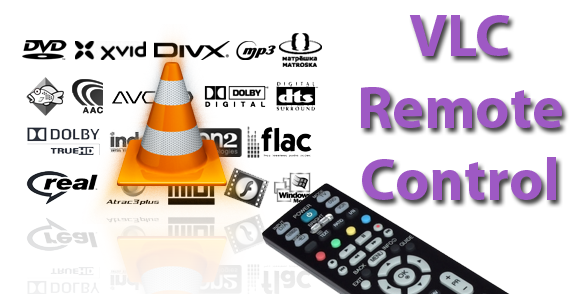 VLCRemoteControl rates quite high on the Geek Coolness scale. The application lets you control VLC media player wirelessly over your home network.  VLC Media Player is a separate program that runs on your computer. It is designed to play any type of audio or video that you throw at it. VLC has the ability to accept commands over the internet; VLCRemoteControl uses that ability to great coolness.

I imagine this app would be perfect for folks who don't sit in front of their computers. This is not as odd a circumstance as you might think. Many people - including myself - use a computer to watch videos on their TV's and listen to music through their entertainment system. VLCRemoteControl allows me to control any computer in my house running VLC media player.

The trouble is, it doesn't work all of the time.


VLCRemoteControl is available for $0.99 at the CrackBerry App Store and at BlackBerry App World. It performs well for an app that's less than a buck. Most of the time, I'm able to use the app to select video files (even on an attached hard drive), and play; pause; rewind; and fast forward that video. Just as in the media player on my BlackBerry, I can seek to any point in the file by using the timeline. Setting a playlist of video and music files to enjoy is easy. I only need to locate the file and click it. All of this can be done within the app on my BlackBerry.

It's unfortunate that "most of the time" must describe this otherwise decent app. Presumably to save battery life, the app goes to Sleep if it goes unused for 60 seconds. This time period can be changed in the settings. However, waking it up from Sleep is another matter. Most of the time, the app will not send commands to the player unless I wake it by pressing the menu key.

Instructions for setting up VLC media player to work with the remote control app are available at the developer's website, but there is no help file included with the app. Including this information would have made setup a bit less confusing for me.

This app does have some rather nice features. Wirelessly controlling your computer's VLC media player with your BlackBerry will certainly earn some points on the Geek Cool-o-meter. And for less than a buck, I can put up with some small frustrations. But for the average person, I think the app's faults may overshadow its usefulness.

VLCRemoteControl is available for all BlackBerry devices except for the Storm series (the app requires a keyboard).