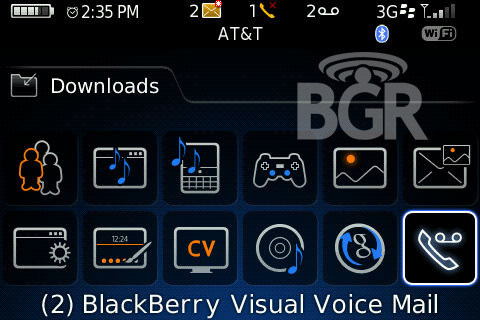 Now granted it's not the first time we have heard about visual voicemail being included in the BlackBerry Bold's latest OS (4.6.0.219, leaked anyway!), heck even the application center loads onto the device with the .219 OS albeit you can't find it to utilize it. This IS however the first pictures we have seen of visual voicemail in action on the Bold, running on and AT&T Bold for those interested in the specifics. The Boy Genius posted a bunch of screenshots for us all to feast our eyes on today and states that while there is no confirmation on an official availablity date "we’re hearing it might become available sooner than you might think - at least for some customers". I'll assume that means AT&T customers given the screenshots, but that is just my opinion lol! Peep the shots below and let us know what ya think in the comments or in the forums.