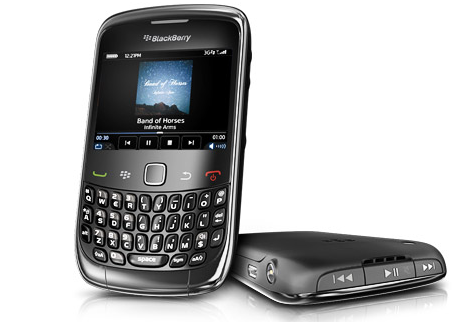 We've known this was coming for a while now and today is the day. Verizon and Research In Motion have just announced the availability of the BlackBerry Curve 3G for the Verizon network. The brand new BlackBerry Curve 3G will be available in business sales channels beginning Sept. 16. After that, it will be available for purchase online and in stores in the coming weeks. The device will sell for $29.99 with a new two year agreement after rebates, plus data plan. You can hit the jump for the full press release. Also, as noted in the press release the BlackBerry Curve 3G for Verizon will come in Charcoal and Fuschia red color variations and is most certainly BlackBerry 6 capable. Be sure to check out full review of the GSM version  available here.

BASKING RIDGE, NEW JERSEY and WATERLOO, ONTARIO--(Marketwire - Sept. 14, 2010) - Verizon Wireless and Research In Motion (RIM) (NASDAQ:RIMM)(TSX:RIM) today announced a new 3G addition to the popular BlackBerry Curve family of smartphones. Running on the nation's largest and most reliable wireless voice and 3G data network, the new BlackBerry(R) Curve(TM) 3G smartphone (model 9330) will be available in business sales channels beginning Sept. 16. It will be available online at www.verizonwireless.com and in Verizon Wireless Communications Stores in the coming weeks.

The BlackBerry Curve 3G smartphone (model 9330) will be available in business sales channels on Sept. 16, and it will be available online and in Verizon Wireless Communications Stores in the coming weeks for $29.99 after a $100 mail-in rebate with a new two-year customer agreement on a voice plan with an Email and Web feature or an Email and Web for BlackBerry plan. Data plans for the BlackBerry Curve 3G smartphone begin at $29.99 when added to any Nationwide voice plan. Customers will receive the mail-in rebate in the form of a debit card; upon receipt, customers may use the card as cash anywhere debit cards are accepted. For more information on Verizon Wireless products and services, visit a Verizon Wireless Communications Store, call 1-800-2 JOIN IN or go to www.verizonwireless.com. Business customers can contact their Verizon Wireless Business Sales Representative at 1-800-VZW-4BIZ. To learn more about the new BlackBerry Curve 3G smartphone, visit www.blackberry.com/curve3G. For more information about BlackBerry 6, go to www.blackberry.com/6.