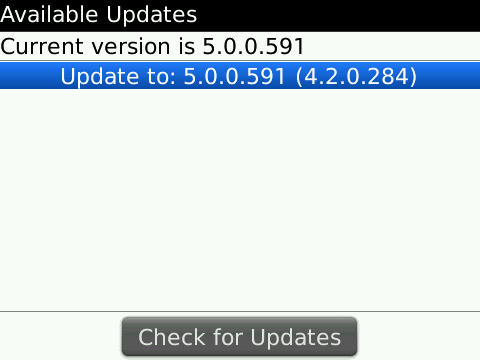 Verizon has dropped another update to the recently released OS 5.0.0.591 for the Tour 9630. Reports are flying in that users are getting update emails, and that pesky wireless update icon is popping up on homescreens. Whats odd is that the OS version is still the same, but the platform version has been updated. At release, the OS sat at plaform 4.2.0.272, and the update being offered is platform 4.2.0.284. Hopefully this update fixes some of the huge issues Tour users were having with the last release. If you're using a Verizon 9630 you should have the wireless update option available, and it looks like no desktop install has been posted just yet. Hit the forums for more discussion.