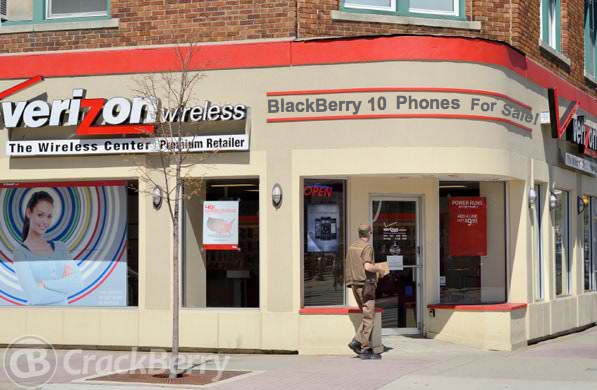 We don't want to see any snubbing Big Red... we want BlackBerry 10 Phones for Sale!

Last night Verizon reported its most recent financial results. The prepared remarks didn't contain anything too interesting that I noticed. But the analyst Q&A session did bring up something I think RIM should be worrying about.

Analyst Phil Cusick from JP Morgan asked Verizon if there is anything they can do to control iPhone subsidies. Verizon's CFO, Francis Shammo answered him with the following quote, which we've taken from the Seeking Alpha transcript.

On the Apple iPhone, look, I think as I've said before, we look at every individual handset, we have a broad portfolio. We manage it by handset-by-handset and manage our subsidy and again, that's just one aspect of our P&L. And this is just a nature of this business that's grown from the beginning of the industry that we subsidize handsets. I do think though it is important that there is a third ecosystem that's brought into the mix here. And we are fully supportive of that with Microsoft, and as we said that we created the Android platform from beginning. And it is an incredible platform today that we helped to create. And we're looking to do the same thing with a third ecosystem. So that's how I think that we plan to go into the future here.

I think it's worrying to see Verizon, the carrier ultimately responsible for the success of Android, to be talking so clearly about plans to push Windows Phone. Not only have they said this, but they have said it in a context that directly implies there will be a third ecosystem. Not a third and a fourth. There was absolutely no mention of BlackBerry anywhere.

Perhaps it is too early to discuss BlackBerry 10. The alpha hardware isn't even in developer's hands yet. That happens the first week of May during BlackBerry World. But I think this Q&A session with Verizon does show very clearly that there is no time for waiting. There is no time for RIM to get it 100% perfect before launching. Sure, they have to deliver an awesome experience. And they have to make sure the important stuff is done right. But if they bring the cake to the party after everyone leaves ... you get the point.

This Verizon comment is yet another confirmation, to me, that everything is marketing. This is a phrase I picked up from the book "Rework", written by the founders of 37 signals. Every time RIM talks to its carrier partners, it is marketing. Having a huge carrier quoted like this (essentially snubbing you) is failure to DO marketing.