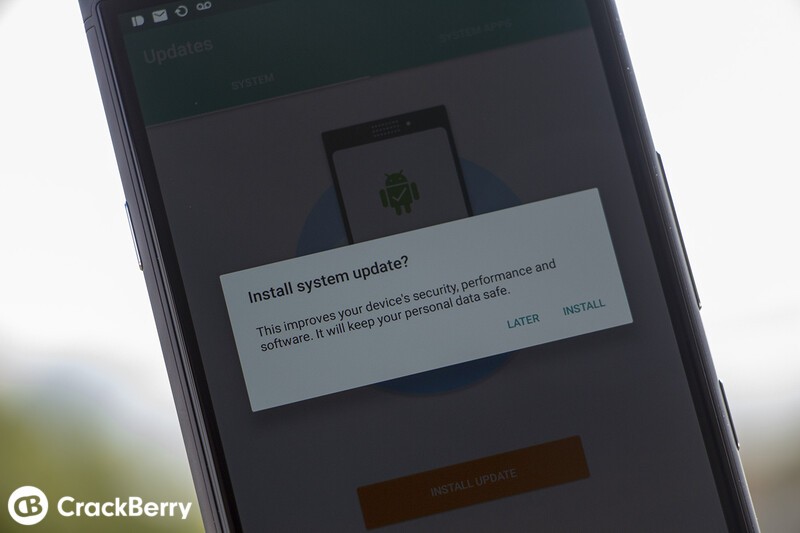 Much like Sprint, Verizon hasn't released Android Oreo for the BlackBerry KEYone, but they have continued to push out security updates for owners. The latest release, ABP661, has now appeared via OTA and brings along with it the February security patch from Google.

Several folks in the CrackBerry Forums have already got the update downloaded and installed and report everything going well. With that in mind, if you have yet to receive the update notification, go ahead and check. It should be there waiting for you!