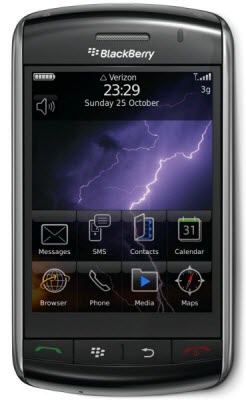 Finally, the waiting and anticipation is over. Verizon has started pushing OS 5.0.0.328 to BlackBerry Desktop Manager for all Storm owners to install 24 minutes after we leaked it. If you haven't gotten the alert already it's time to fire up BlackBerry Desktop Manager Software (you too Mac users!) and see if it's there waiting for you. It's now up at http://vzw.smithmicro.com/blackberry/ as well.

OS 5.0 brings with it some significant changes to the OS and should correct a lot of issues some of you were having with your BlackBerry Storm 9530's and being an official OS you can load it without any worries of running beta software. Already got it loaded up? What do you think of it? How is it working for you? Let us know in the forums or in the comments. Now the question remains. How long will it be before we see other carriers hop on board and start releasing 5.0 for other devices?