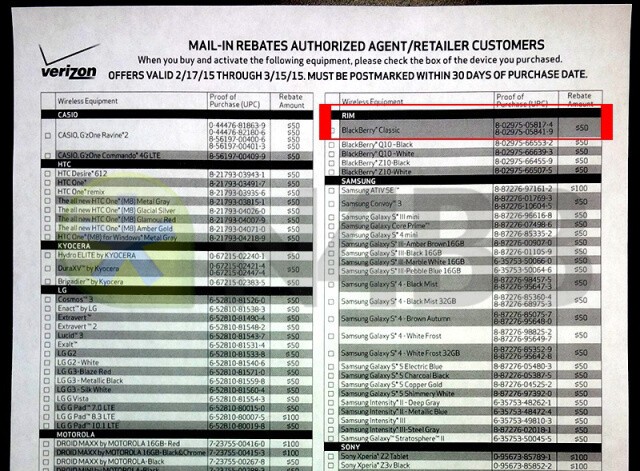 Earlier this month we learned the BlackBerry Classic was expected to launch on Verizon on February 26th, but that news never brought any indication of expected pricing for the device. Over at N4BB, they've discovered some further details in that area and have noted Verizon intends to launch the BlackBerry Classic for $149.99 on new a two-year contract but a mail-in rebate, which also includes the Q10 and Z10, will bring that pricing down to $99.99.

If you've been following BlackBerry Classic pricing, you'll no doubt notice that's a bit higher than what other carriers have been charging for the device, most notably AT&T who this week launched it for $49.99 along with pretty much every Canadian carrier (Bell, Rogers, TELUS) who are now offering it for $49.99 or even $0 on two-year contracts. With that in mind, the rebate is nice to see because Verizon is arguably overpricing the BlackBerry Classic by comparison. What do you all think? Sound off in the comments!