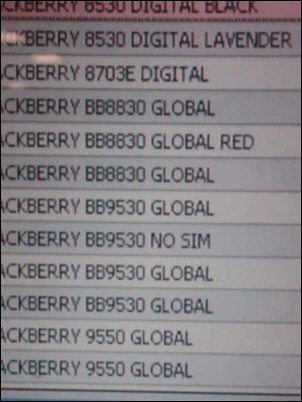 A newly snapped photo off the Verizon inventory system shows a nice little update. in addition to the BlackBerry Storm 9550 being there, the Curve 8530 has joined the Verizon BB offering in two colors - black and lavender. Keep in mind this just means the device SKUs are simply in the system, they're not yet in stock or about to ship or anything like that. All things going smooth on the technical acceptance and rollout front, we're still thinking it'll be a late October/early November release for the Storm 9550 on VZW and that hopefully the Curve 8530 will follow up sometime in the weeks after, likely targeted in time for the holidays.