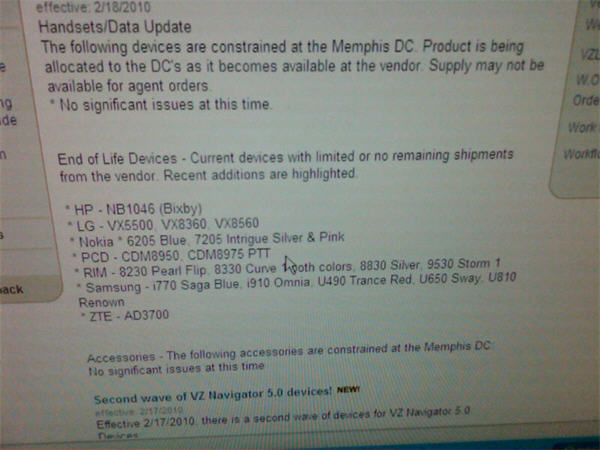 In some not so shocking news, this glimpse of Big Red's system shows their End of Life Devices. These devices are listed as "Current devices with limited or no remaining shipments from the vendor." Among the soon to be dead are the BlackBerry Storm 9530 as we noted the other day, the Curve 8330 (no surprise), the 8830 (which I didn't even know was still around) and last but not least, the Pearl Flip 8230. I feel sort of bad for the Pearl Flip getting phased out as it almost feels like it was never properly phased in. Plus there are people out there who still love that form factor. I wonder if RIM will ever release an updated BlackBerry in the flip form factor or if that's all Waterloo wrote on that one.

So, once the end of the line hits for these guys, it looks like Verizon will be left with the Tour 9630, Storm2, Curve 8530 and the Tour2 Bold (something) on the horizon. No specific date for when the supplies will be gone completely, so if you have a sense of nostalgia you better pick up one of these devices before they're gone.