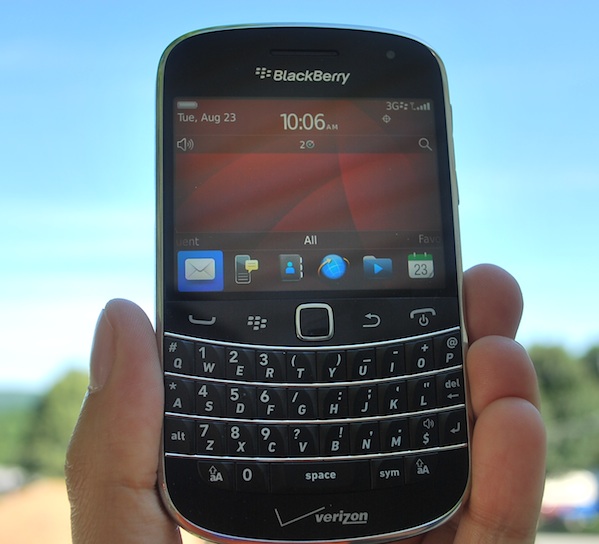 *UPDATE* - This, is apparently a misquote that circulated based off the original TechCrunch article. McAdam never stated who, exactly he thought it would be -- only that another player would emerge to be the third contender. Samsung’s Bada, Microsoft’s Windows Phone 7.5, or RIM’s forthcoming QNX-based BlackBerry were all mentioned.

As we know it, the landscape for mobile OS' has been dwindled down most recently. An area which was once filled with selection has been fairly reduced in the past few months and with that -- carriers are looking to keep only the relevant OS' in their line ups. Symbian, for the most part was swallowed whole by Microsoft and with webOS' fate now in the hands of Meg Whitmen nobody really knows if she'll reverse HP's descision to put webOS hardware to rest. Verizon Communications CEO Lowell McAdam believes WP7 will surpass BlackBerry having stated:

"The carriers are beginning to coalesce around the need for a third ecosystem," said McAdam at the Goldman Sachs Communacopia conference on Wednesday. "Over the next 12 months I think it will coalesce and you will start to see one emerge as a legitimate third ecosystem."

His reasoning for such statements was never really addressed but with RIM stock being as low as it is, and them not exactly getting the love they once had from everyone, it's obvious his reasoning. However, all things considered -- we're guessing that no one told McAdam about the report from Connected Enterprise. In that report, it showed that 45% of consumers aren't even aware that Windows Phone 7 exists and those that did -- didn't know enough about it to care or were invested in other platforms so a change to a new one was not likely.

Morgan Stanley’s Ehud Gelblum spoke of his outlook for RIM and while he stuck to his previous information, he made note of a survey conducted which asked 1,852 cellular subscribers between September 8th and 12th who already owned a BlackBerry if they would be picking up a BlackBerry 7 device -- 60% stated they would be buying a new BlackBerry 7 device. So, with all of that into account -- what do you all think of McAdam's statements? Verizon has long been known for their Android offerings but even now Sprint is beating them to the punch -- maybe McAdams new love is Windows Phone 7 since the iPhone didn't bring the attention they had expected.