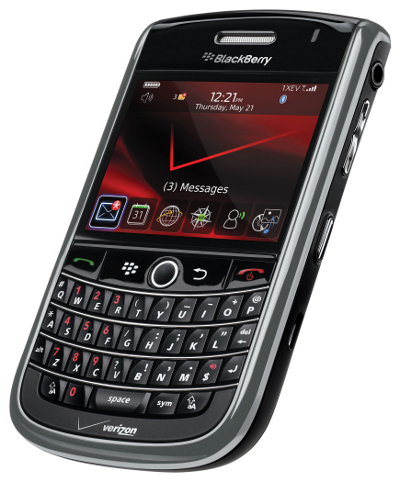 For all those of you out there waiting for an official OS release of 5.0 to show up on Verizon, good word has it you'll see it start rolling out on Monday. While we mentioned previously that the OS roll out was bound to happen we were not exactly sure which OS it would be. Just that it would indeed include Push to talk and of course be a 5.0 variation. We've seen some leaked OS' appear and it seems that OS 5.0.0.591 is the most likely candidate here given the info we just received.

BlackBerry Tour Software Enhancements Effective Date: 3/29/2010 On the night of 3/29 at 11:59pm, Verizon Wireless introduces a new software update for the BlackBerry Tour smart phone. Users will be able to upgrade their software to version 5.0.0 release 1002 (platform 4.2.0.272/applications 5.0.0591) to receive new improvements and enhancements.Key Advantages:


Considering the mentioned OS was leaked with BlackBerry Messenger 5.0.66 built into it, we're not exactly certain it will actually arrive on Verizon with that available. But, if you're using it now you can always just leave BlackBerry messenger as is when upgrading via desktop installer.
NEVER GONNA GIVE YOU UP NEVER GONNA LET YOU DOWN