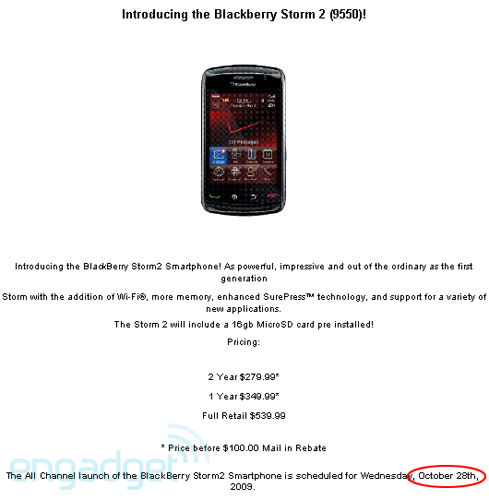 And again the BlackBerry Storm2 tipsters strike. This time, Engadget got sent in the image above that shows pricing information on the Verizon BlackBerry Storm2 and once again further confirms the October 28th launch date.

So after the mail-in rebate, we're talking $179.99 for the BlackBerry Storm2 on a 2-year contract. And let's no forget about the rumored BOGO deal. If that holds true, it will be TWO BlackBerry Storm2s $179.99. Keep your fingers crossed. Let's also hope they provide an incentive to BlackBerry Storm1 owners to upgrade at a reasonable rate.
From the new Editor's Desk