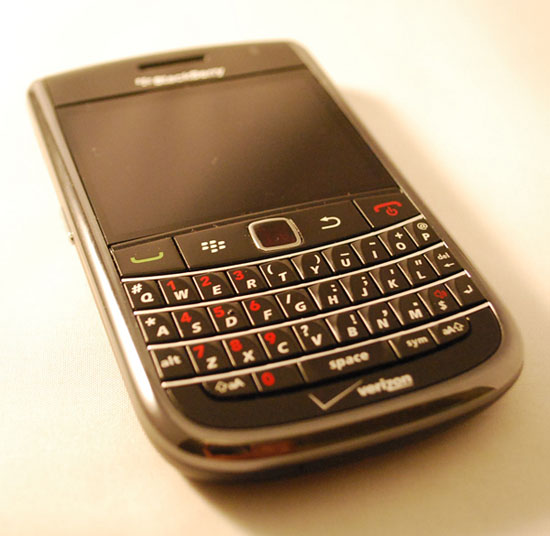 Coming off my 8330 I was more than excited to pick up a Tour 9630 the day it was released. I was one of a dozen or so people in line at my local Verizon store, and was in and out in a few minutes. I rushed home to get up and running on my new device. I fell in love with the higher resolution screen, keyboard and all around design. Thankfully I didn't have the trackball issues like some, but my battery door did come loose at times. I was happy to finally have the latest device on Verion's network (not such a big fan of AT&T or T-Mobile here in New Jersey).

Enter the Bold 9700. The feel of the device combined with the trackpad and overall "smoothness" just left me thinking "where is my CDMA version"? Rumors started flying, and sure enough talk of the Tour 2 popped up. Wifi and a trackpad on my Tour? Yes please. As with everyone else I was asking why Verizon didn't do it right the first time with the release of the 9630, but hindsight is 20/20. Months down the road, doubled memory, a trackpad, Wifi and a bit of rebranding leaves us with the newly released Bold 9650. Read on for my review.

Straight up out of the box you just think "Tour". The trackpad is the obvious difference, and aside from the Bold branding on the back it's the same device ... on the outside. On the inside we have juiced up memory to 512MB (in preparations for BlackBerry 6) and the addition of Wifi. The Bold 9650 feels great all around. Its a bit bigger than the Bold 9700 I've been using for the past few months, but nothing I won't be able to get used to. Holding the device is a bit different as it takes up more "hand space", but again I'll get over it. I love the 9650 keyboard (as I did the Tour) and mostly that I can get back on Verizon since the service is sooooo much better than that of T-Mobile where I live. Having the Wifi on a CDMA device is kind of a first for me since I never used a Storm2 and only rocked out the 8530 for a week or so. I was never a big believer in it in the past, but after having the Bold 9700 I really can't see myself without it. The back of the device has the large battery door, and thankfully it isn't loose and wobbly like my old Tour 9630. The site buttons and convenience keys are in the same place, with the exception of the micro USB port having dropped down a bit for some unknown reason. The placement of the port still is a mystery to me since it gets in the way if you try to type with the device plugged in.

On the outside everything feels great. There is no wobbly battery door, and the side buttons/convenience keys feel solid. The keyboard is a welcome change from my 9700 and I like the feel of it a bit more, and the fact that it is a touch wider than that of my 9700. The LCD fits flush all around with no annoying gaps anywhere. The trackpad and send/end buttons flow right through to connect the keyboard and LCD. Overall nothing is loose or non-fitting and the Bold 9650 feels well constructed. At first glance the micro USB port seems to be in the same annoying place as the Tour 9630, but as we know now it was moved down a bit for some unknown reason. I still can't stand the placement, and if I had to pick the biggest downside of the device this might just be it. If you try typing at all with the device plugged in, you have to create a whole new style just to work around the poor placement of the port. It is definitely much better suited at the top of the device on either side where it is out of the way should you need to use the device while charging.

All of the buttons feel solid. The convenience keys aren't loose at all, and the top buttons flow well into the device and don't stick out at all. I did find the trackpad a bit "clicky". Yes I know its supposed to click .. but it just feels/sounds like it clicks a bit more than it should, almost like its not a fluid motion and it catches on something. I'm sure this will be fine over time and either go away or just not bother me. Another interesting thing I found was trying to type on the keyboard. I was actually thrown off by the red keys on the number pad. They kind of messed with my head since I've been using the Bold 9700 and the keys are all the same color. Odd I know, but it was interesting and actually slowed down my typing a bit until I readjusted. I do love the large keyboard though and find it easy to type on as I did with the Tour.

On the inside the Bold 9650 is juiced up. 512MB (around 300MB free) means there is plenty of room to keep things running smooth. With the planned BlackBerry 6 right around the corner, this device will be ready to roll upon release. The Wifi is probably the best addition to the device (maybe its a tie with the optical trackpad) and I'm super excited to have it. Aside from those points things look pretty much the same. All the standard apps are here including BlackBerry Messenger, BlackBerry App World, calendar, tasks etc. The device also has icons (to download apps) for Twitter for BlackBerry, Skype, VZ Navigator, IM clients and a number of other apps.

From the start the Bold 9650 runs smooth. The boot time is quick (keep in mind its out of the box with no 3rd party apps, messages etc) and navigating around the OS is great. When first starting it feels as if the OS has to settle in before navigation is totally smooth. But overall once you get going there is no noticable lag time getting around, and it just feels like a solid OS. There is no saying what errors may pop up, and if/when Verizon will drop an OS update. Overall we can expect this OS (5.0.0.699) to hold up well for now, and hopefully won't be a problem as was the original OS on the Tour 9630.

The battery life already seems better than that of the Tour 9630 as well. I barely made it through a day using the one battery on my 9630, and using an extended battery didn't help all that much. The 9650 seems to last quite a while longer. I'm not sure yet if it fully compares to that of the Bold 9700, but it is definitely doing it's part to get me through a day with avarage usage.

One of the first things I noticed about the Bold 9650 is how amazing the call quality is. I honestly don't make many calls from my device, but in testing the other party sounded crisp and clear on a number of calls. The device fits well in the hand, but for some may be a bit of a stretch for one-handed use. It is a bit wide so depending on your habits it may be hard to hold for some. I do like the rubberized sides and back as they help for the grip when typing. The keyboard feels smooth and there is no snagging on the keys typing was extremely easy. The keyboard does look a bitte more "matte" than the glossy-ness (I made that up) on the Tour 9630. The trackpad feels good and there is no difference in height to the send/end buttons. The convenience keys were easy to use, although I noticed the right-side key didn't have much movement so it was almost hard to tell if it was pressed or not. I do find the rubberized battery door to be annoying at times. It feels weird when holding the device, and kind of rubs my fingers the wrong way if I move around too much. I'm sure I can adjust to it, but I actually notice it quite a bit when typing. There are no large gaps or protruding parts on the Bold 9650. I did notice a bit of the rubberized side right over the headset jack sticks out a bit. Its nothing to worry about since it can easily be forgotten, but if I remember correctly my Tour was the same exact way. Nothing else sticks out where it shouldn't, and everything feels very well put together. The device is solid and should stand up to a long life of use.

Overall I feel that the Bold 9650 is a great device for CDMA users. We always seems to get left in the dust when it comes to the "latest and greatest" devices, so this device is a welcome relief (at least for now). Having Wifi, the optical trackpad, 512MB of memory and global options make this one of the best devices yet. Its a matter of opinion if it beats out the Bold 9700, but for CDMA users I think its the best offering thus far. I'll play around a bit more and hopefully crank out a comparison between the two. As far as CDMA goes I think this guy will win out for sure.  If you're a touchscreen fan you will most likely want to hold out and see what lays down the line, but Curve 8300, 8830 and Tour users (pending upgrade) should definitely consider the Bold 9650. If you're jumping from another device or a new BlakcBerry user, this will be a much welcomed upgrade and you will no doubt love it. I'm still not totally sold on switching back from my Bold 9700 however. The 9650 is a good bit larger and heavier than the 9700, so I think I'll have to weigh out the pros and cons on both to see who ends up the final winner and "full-time" champ.