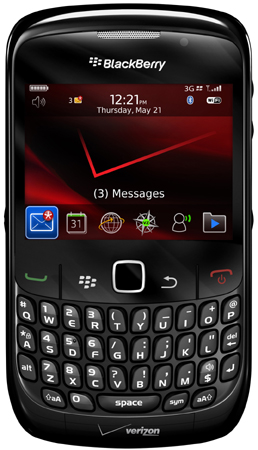 Ha! So it's not the Curve2. Looks like all that crazy Curve2 talk and Curve2 promotional material was just VZW being a little overzealous in branding the Curve themselves (in reality you'd think it should be the Curve 8550 now that it has WiFi). Whatever the case, Verizon has gone ahead and announced the BlackBerry Curve 8530 Smartphone. It goes on sale November 20th and will be $99 after a $100 mail-in rebate. GPS, Trackpad, WiFi... it's a nice little device. If you haven't yet, be sure to read our BlackBerry Curve 8530 Review.