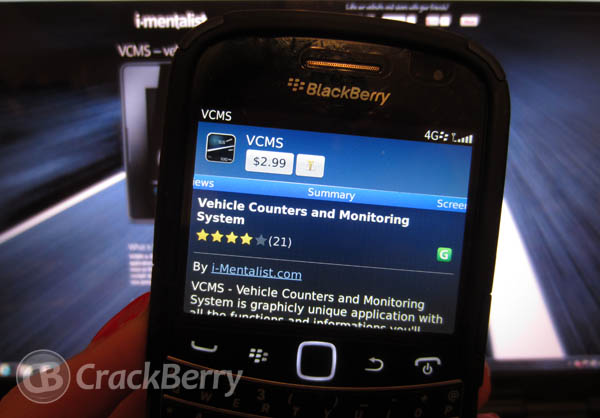 The folks over at Hedone Design let us know that their first application for the BlackBerry PlayBook under the name i-Mentlist, called VCMS (Vehicle Counters and Monitoring System) has been updated to v2.0. This new version not only adds some interesting new features but also brings support for BlackBerry 7 devices as well.

For those unfamiliar with VCMS, this is a GPS based application that displays all the information you'll ever need on the road, water, or in the sky all with its elegant design and eye-catching dials. While it already features a compass, speed meter, two trip counters, location and time, just to name a few, it now includes the following updates: