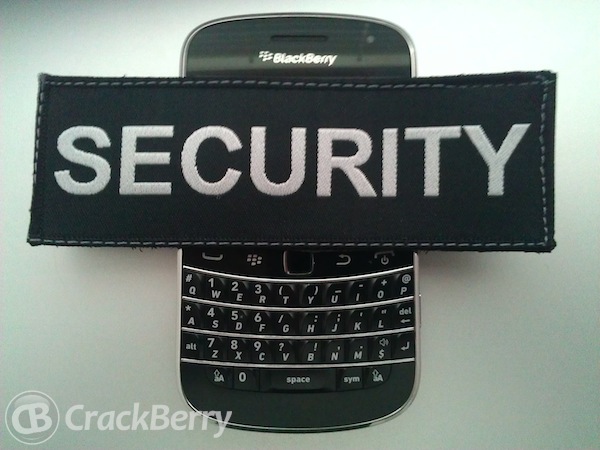 It was only last week after attending the BlackBerry 10 Jam Enterprise Edition that I put across my thoughts on where RIM currently stands and what I think the future holds for them in the workplace. Just a few days later RIM released a statement detailing the results of a year long study by Strategy Analytics which goes to show that not only is BlackBerry still the most secure smartphone platform, but it is also the most cost effective. In fact - managing non-BlackBerry devices using a ‘Walled Garden' approach is 39% more expensive.

It looks like my BlackBerry 10 Enterprise thoughts may well come true. The haters will still hate and I'm sure many of the newspapers and other media outlets will find negativity in the announcement, but from where I'm sitting it all looks good. Roll on Q1.

You can catch the full press release, along with some interesting charts, below.

According to a new research study from Strategy Analytics, the BlackBerry® Enterprise Solution not only provides the most secure mobile platform but also the lowest total cost of ownership (TCO) for mobile deployments.

The study, commissioned by Research In Motion (RIM) (NASDAQ: RIMM; TSX: RIM), considered typical industry best practices, using the UK government as an example. The entire mobile solution was examined, including device management and devices themselves for a 100 user smartphone deployment running at IL2*, the minimum security standard for all Government departments including schools, health departments and local government. It compared two recommended approaches to mobility: theBlackBerry Enterprise Solution and a ‘Walled Garden' approach to mobility where any non-BlackBerry device is given VPN access to a secure limited zone on a network and is managed by third-party mobile device management software. After one year, the cost to securely manage non-BlackBerry devices using a Walled Garden architecture was found to be 39% more expensive than BlackBerry devices in a BlackBerry Enterprise Server (BES) deployment. The analysis further indicated that a Walled Garden approach would continue to cost more than the BlackBerry solution in subsequent years.

"This study highlights that the cost of setting up and managing devices using a ‘Walled Garden' architecture is more expensive than using BlackBerry Enterprise Server with BlackBerry smartphones," said Andrew Brown, Director of Enterprise Research at Strategy Analytics. "When looking to define a cost-efficient, long-term enterprise mobility strategy, we would caution all organisations across both the public and private sectors to look at the total cost of supporting multiple devices with multiple operating systems over several years."

Strategy Analytics also assessed the security of the BlackBerry® 7, Apple iOS® 5, Symbian S60 and Windows Phone 7 (WP7) operating systems, using eleven key threats as a framework. The BlackBerry solution proved the most secure, scoring a low-threat level in ten of the eleven categories. The report also found that the end-to-end architecture of the BlackBerry solution, including encryption for data-at-rest and in transit, mitigates the maximum amount of risk and offers essential support for corporate IT policies.

"OEMs and device OS manufacturers need to ensure greater technical controls on their platforms to limit platform vulnerabilities and other operating systems have a long way to go before they can be considered viable options," concluded Brown.

Scott Totzke, Senior Vice President, BlackBerry Security Group at RIM said, "As the only mobile solution to be approved by the UK government to protect material classified up to and including ‘Restricted', the BlackBerry Enterprise Solution continues to set the standard for mobile security. This research study also further underlines that at a time when all types of organisations are looking to drive efficiencies, the BlackBerry solution remains the most cost-effective enterprise mobility option."