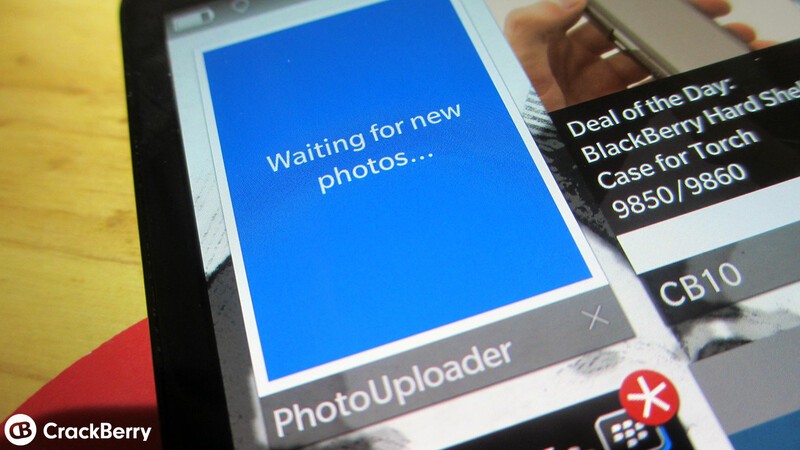 At the moment, Dropbox is my main cloud storage. I was once a big SugarSync user and while I still use it, Dropbox has become the one I use a lot more now. Plus, the fact that it integrates very nicely with BlackBerry 10 is a huge bonus. On top of that, it's also how we share files here on CB. One thing about Dropbox on BlackBerry 10 though is the fact that I can't auto-upload my photos to my Dropbox account. As always, when there's something missing, we have developers to help fill in the gap and that is where PhotoUploader comes in.

An app that has recently landed in BlackBerry World, PhotoUploader, is one I'll be using quite a bit. It comes from the developer of one of my favorite apps, ReadItNow. PhotoUploader basically does what is says on the tin - automatically uploads your photos to Dropbox. It uploads photos from the camera folder of your device memory as well as your micro SD card. What would make this app even more kickass is if it can go headless. There are a select few apps that I leave open in an Active Frame and while PhotoUploader does have an Active Frame that tells you its current status, This is an app I would really like to see get headless permission. The great news is that the developer has said that a headless version will be coming.

There are options available in PhotoUploader for you to customize. Such as the sync interval, the target folder for your photos to upload to and also whether you want it to just sync over Wi-Fi only, to save data. The ability to upload to Box.net is also available, if you wanted but the native Box app does that anyway. All in all, PhotoUploader is a good and useful app. It fills a void that really should already be there but I'll happily pay to use an app that a developer puts effort in creating, especially when it is useful. And like I said, headless is coming.

PhotoUploader is available for all BlackBerry 10 smartphones and will cost you $0.99.