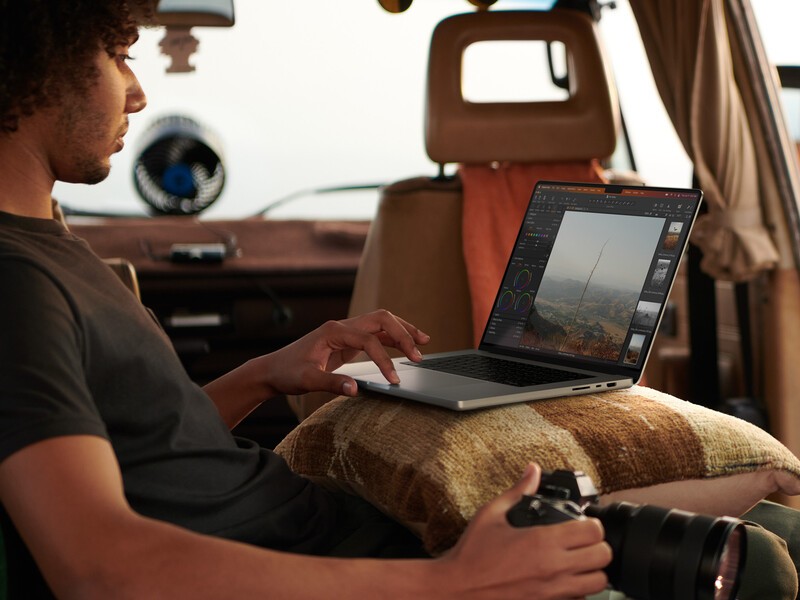 The latest Mac updates are effectively just spec bumps, but they are hastening the end of the Apple + Intel relationship. Apple officially started the move away in 2020 with the introduction of new MacBooks and a Mac Mini built around their own ARM-based M1 processors, but it's been under way for longer than that. The M-series processors are built using the same basic architecture as the A-series processors that powered over a decade of iPhones and iPads, so Apple's been at the processor design and optimization game for a while and the results have long been impressive in terms of performance and battery life.

The impressive part of how Apple designed its chips is that they can effectively just be scaled in size to build more powerful chips of the same series using the same building blocks. Which is exactly what Apple did with the M1 Pro and M1 Max chips that were installed in the fully redesigned MacBook Pro in the middle of 2021 — and then they literally just plugged two M1 Max chips into each other to make the M1 Ultra processor for the oddball Mac Studio desktop machine.

The updated M2 processors debuted in the middle of 2022 in an updated 13-inch MacBook Pro and MacBook Air, and today unveiled the M2 Pro and M2 Max chips for the Mac Mini and 14-inch and 16-inch MacBook Pro. They're effectively just spec bumps: they're more or less the same excellent computers inside and out, with more powerful and efficient chips inside. Heck, the updated Mac Mini actually got a hundred bucks less expensive, with a new starting price of $599.

I have an M1 Max 16-inch MacBook Pro and I'll be honest: I love it. I've been a Mac user for a while now, and generally like the Intel-powered MacBook Pro laptops I cycled through over the last 15 years, but always had complaints about the battery life or heat or that damned butterfly keyboard and the stupid Touch Bar strip screen that replaced my beloved function keys (in truth it wasn't that bad, just mostly useless). This M1 MacBook Pro? It's amazing. The XDR screen is incredible (yes, the notch is silly, but I barely notice it), the battery life is phenomenal, and even when I doing stuff that hits the processor hard like video rendering or 3D modeling it never skips a beat and barely even gets warm. My only real complaint is the weight, but I knew that going in.

It's an absurdly impressive machine and I'm certain the M2-powered Mac Mini and MacBooks Pro are even more impressive. Anybody looking to buy a new Mac will be well-served by any of these updated computers.

The new king in portable performance, the latest MacBook Pro sports a new Apple M2 processor with extreme performance and unmatched endurance. It's a powerhouse.

Compact, but not a slouch

Good things do come in small packages. The updated Mac Mini is powered by Apple's new M2 chip, or optionally an even faster M2 Pro. It's crazy what we can fit in these little boxes these days.

But what Apple didn't mention in all of this is that the Intel Mac Mini they'd offered alongside the M1 Mac Mini was being decommissioned. All of Apple's consumer-grade hardware is now powered by Apple-designed processors, from the Apple Watch to the iPad Pro all the way up to the highest-specced M2 MacBook Pro. This leaves just one Mac with an Intel processor inside: the Mac Pro.

It's only a matter of time before the Mac Pro gets the M-series treatment and Apple fully leaves their nearly two-decade partnership with Intel behind. The scalable architecture of the M-series platform makes this an inevitability. With something like the Mac Pro the power-sipping constraints of laptops are less of a concern. Apple will still undoubtedly tout the power efficiency because using less energy is still a good thing, and the Intel Xeon processors are power-hungry beasts so it'll make a good comparison on Apple's usual unit-less charts and graphs. I wouldn't be surprised if later this year we see an M2 Ultimate processor with a comically large footprint but extreme performance find its way into an overhauled Mac Pro.

The shift to Intel processors announced all the way back in 2005 was hailed as a massive win for Apple and Intel, and it helped to propel Mac laptops to new heights in performance and sales. The PowerPC processors Apple had used up to that point were effectively maxed out in performance and efficiency. Transitioning to Intel opened a new frontier of power and compatibility for Apple — being able to run Windows alongside MacOS was a big deal!

Today Intel is staring down that same barrel that doomed PowerPC two decades ago: the potential of the old x64 architecture is close to maxed out and the ARM-powered chips by Apple and Qualcomm are eating Intel and AMD's lunch. And Apple has the benefit of designing it all in-house, so the chips they make are exactly what they need and nothing more, and they get to keep more of the profit for themselves.

Microsoft is trying the same thing, with their past dabbling in ARM chips like the Surface RT leading to a new developer kit called "Project Voleterra" that runs on an ARM chip produced by Qualcomm. The Microsoft Surface Pro 9 is available with a custom Qualcomm-built SQ3 processor. And multiple Windows laptops from Samsung, HP, Lenovo and others are running Windows on Qualcomm Snapdragon processors — and seeing excellent performance and battery life.

The writing is on the wall for Intel. Only time will tell if they can right their ship in time to survive the brewing ARM storm.