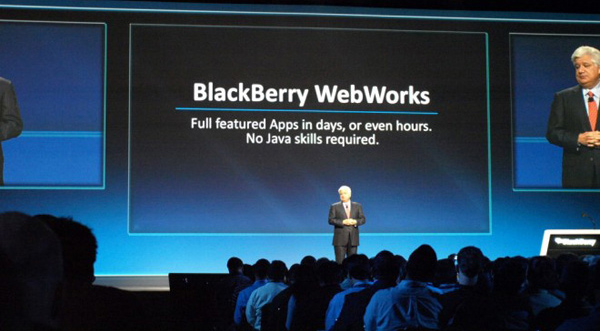 Research in Motion continues to stay true to its mission of supporting app developers, releasing today its latest beta for the BlackBerry WebWorks SDK for Tablet OS. It's a mouthful of a name, but it promises great improvements. WebWorks applications are web applications written in JavaScript, HTML, and CSS; they install, work, and have the same security features as traditional apps. The update to the SDK changes much of the architecture, so developers will need to recompile their WebWorks apps in order to run them in the latest Tablet OS (PlayBook) simulator.

Via: Inside BlackBerry Developer's Blog