Users are reporting that DTEK60 devices were being shipped rather than KEYone units due to what looks like a UPC listing error on Walmarts end. BlackBerry Mobile's last update made clear that KEYone would be available unlocked in Canada later this summer. There is a new listing on Walmart CA that has KEYone at $729 and is currently out of stock... Developing.

When the BlackBerry KEYone was initially announced as coming in an unlocked version in Canada, BlackBerry Mobile planned to have the device available starting in June but that release eventually got pushed to 'later this summer' due carrier partner demand. It's now later this summer, and Walmart has begun selling the KEYone unlocked in Canada. 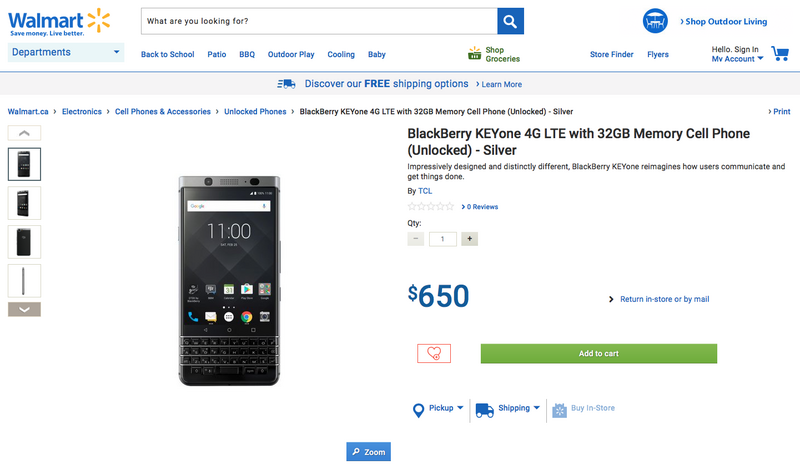 Through the Walmart site, unlocked versions of the BlackBerry KEYone are available for $650 with free shipping and can be received in as little as two days depending on where you live, and while there's no indication of how many Walmart has available, right now, the site does state they are 'in-stock'. For how long? Not sure, but probably best to not wait if you've been holding out for an unlocked version to be available in Canada. Folks in the CrackBerry Forums have already got their shipping notices.

See the BlackBerry KEYone at Walmart