Much like the U.S. Senate, BlackBerry has now announced that its AtHoc division has expanded its relationship with the United States Coast Guard, extending the capabilities and functionality of the Coast Guard's award-winning Alert Warning System (AWS) 2.0 to include alerting for staff members in the National Capitol Region. 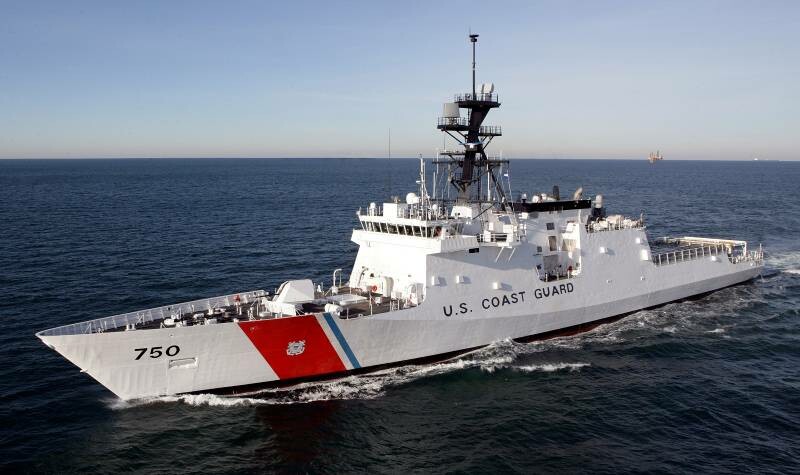 The latest expansion adds to AtHoc's existing support for the Coast Guard's AWS enables more than 3,800 individuals to receive and respond to emergency alerts on their computers. This functionality is in addition to the system's existing ability to reach personnel via telephone, text or email.

This addition to AtHoc's existing support for the Coast Guard's AWS enables more than 3,800 individuals to receive and respond to emergency alerts on their computers. This functionality is in addition to the system's existing ability to reach personnel via telephone, text or email. By reaching personnel at their workplace with automated, highly targeted alerts determined by the severity of the threat and the location and responsibility of each individual, AtHoc helps maximize the safety and security of Coast Guard and civilian staff, and improves the accountability of all personnel affected by an emergency situation.

AtHoc's relationship with the U.S. Coast Guard, a component organization of the Department of Homeland Security, supporting its Alert Warning System 2.0 is now more than five years old, and enables the agency to reach more than 80,000 users with emergency notifications using highly secure and certified software. This expansion also improves the Coast Guard's ability to collaborate and coordinate with other organizations, such as Defense organizations and local communities around the National Capitol Region.

"It is a privilege to support the USCG and their mission," said Dubhe Beinhorn, Vice President of AtHoc's Federal Group, a division of BlackBerry. "We are proud to be part of their efforts to increase crisis communications coverage in the National Capital Region, and improve the safety and accountability of headquarters staff."

The Department of Homeland Security (DHS) is a marquee customer and user of BlackBerry's security software, with currently more than 220,000 DHS users licensed to use its AtHoc Crisis Communication software. These include, in addition to the USCG, other DHS component organizations at enterprise levels, including Transportation Security Administration (TSA), U.S. Customs and Border Protection (CBP), Immigration and Customers Enforcement (ICE) and DHS headquarters at the Nebraska Avenue Complex.

"We are honored by the long term relationship forged with DHS," said Guy Miasnik, President of BlackBerry's AtHoc division. "We are committed to continuously support its mission of securing our nation both in the physical and cyber spaces."

To follow the news at the annual BlackBerry Security Summit today, use #BBSecurity and read more at www.InsideBlackBerry.com.

BlackBerry is securing a connected world, delivering innovative solutions across the entire mobile ecosystem and beyond. We secure the world's most sensitive data across all end points - from cars to smartphones - making the mobile-first enterprise vision a reality. Founded in 1984 and based in Waterloo, Ontario, BlackBerry operates offices in North America, Europe, Middle East and Africa, Asia-Pacific, and Latin America. The Company trades under the ticker symbols "BB" on the Toronto Stock Exchange and "BBRY" on the NASDAQ. For more information, visit www.BlackBerry.com.

AtHoc, a division of BlackBerry Limited, is the pioneer and recognized leader in networked crisis communication, protecting millions of people and thousands of organizations around the world. AtHoc provides a seamless and reliable exchange of critical information among organizations, their people and devices. A trusted partner to the world's most demanding customers, AtHoc is the leading provider to the U.S. Departments of Defense and Homeland Security, and safeguards numerous other government agencies and leading commercial enterprises. Headquartered in Silicon Valley, AtHoc operates around the globe. For more information about AtHoc, please visit www.athoc.com.

Trademarks, including but not limited to ATHOC, EMBLEM Design, ATHOC & Design and PURPLE GLOBE Design are the trademarks or registered trademarks of BlackBerry Limited, its subsidiaries and/or affiliates, used under license, and the exclusive rights to such trademarks are expressly reserved. All other trademarks are the property of their respective owners.