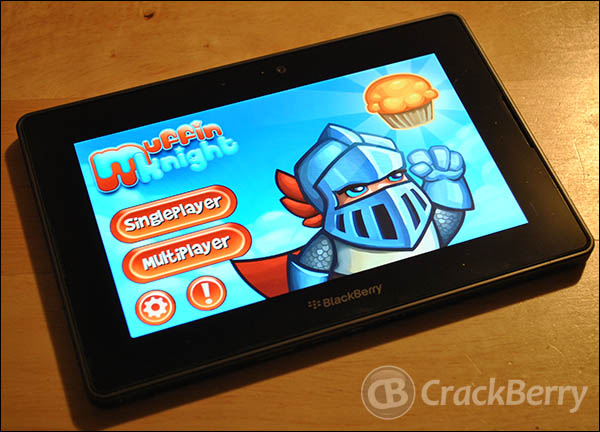 Having gained popularity on Android and iOS, Muffin Knight has now made its way to BlackBerry App World for the BlackBerry PlayBook. Brought to life on the PlayBook by Union, Muffin Knight is an action filled adventure but you'll certainly need to put in some hours to complete the game:

Fertilize the forest with the unicorn, cover the sky with black holes, flood the world with candy, but just get the muffins back! Muffin Knight is an action-packed platformer with stunning visuals and a myriad of fairytale characters, each with their own unique abilities which gain strength as you advance. This is the story of a little boy, on his journey to return the old fairy's magical muffins. A strange curse was set on him: with each muffin he touches, he turns into a different creature. The old fairy promises to turn him back into a boy when he gets all the muffins back.

I've played the game previously myself and know you'll want to go ahead and check this one out for sure. Plus, given the fact that it comes to everyone for free there's no reason to at least not give it a look. Need to see more before you fully dive in? Check out the video trailer below.