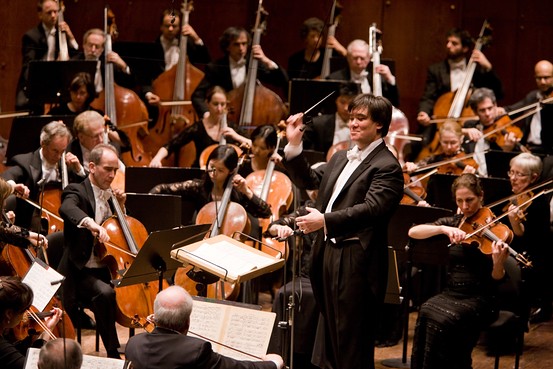 I am fond of saying there is no perfect Smartphone; there is only the Smartphone that is perfect for you. Whether your beloved device runs Android; BlackBerry; iOS; webOS; or Windows Phone, we're all just part of the larger Mobile Nations family (do you like how I worked that in there?).

Still, when a story like this comes along, I can't help but feel a little sympathy for our iPhone brethren. Last Tuesday, Mahler's Symphony No. 9 came to a halt at the New York Philharmonic after a new iPhone user had trouble silencing his phone's alarm. Sitting in the front row, the patron's iPhone Marimba ring was easily heard by the conductor, Alan Gilbert, who actually stopped the performance until the ring was silenced.

The iPhone's owner, a long-time subscriber to the orchestra, made sure to silence his phone before the concert - as we all should do before movies, concerts, shows, and other such events - but an alarm set on his Smartphone sounded anyway. The day before the concert, the man's company had switched from BlackBerry to iPhone, and the poor gentleman had not yet become familiar with his new device. He didn't know his phone's alarm was set; when it sounded, he had trouble figuring out how to make it stop.

On Thursday, he had a chance to apologize by phone to the conductor who graciously accepted the apology. Like the iPhone, selecting the "All Alerts Off" or "Silent" sound profile on a BlackBerry effectively silences any and all alert sounds on the Smartphone - except for the daily alarm. Silencing that alarm seems to be a bit easier on a BlackBerry than on an iPhone, though, as pressing just about any button on the RIM device will cancel that sound. Methinks the unfortunate iPhone user at the symphony found things a bit more complicated when his iDevice stopped the show.