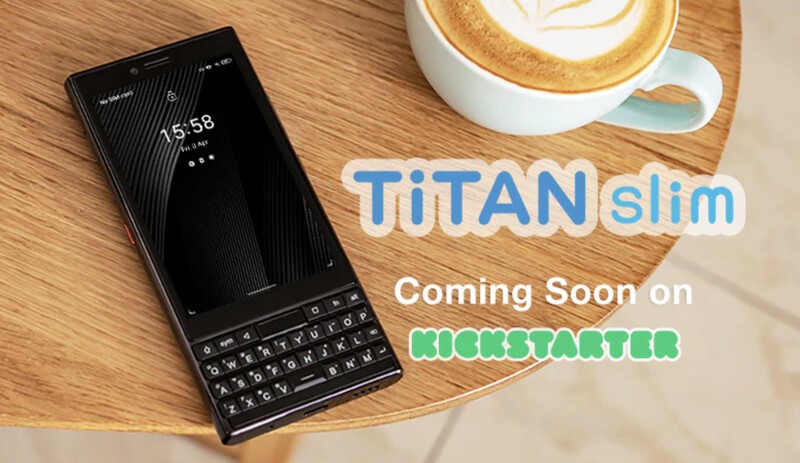 What you're seeing in the photo above is the next phone with a physical QWERTY keyboard to come from Unihertz. Unihertz has made some other PKB phones in recent years, including the beefy Titan and the smaller Titan Pocket. While those device models were BlackBerry-esque in nature, the Titan Slim takes this parody of a BlackBerry to a new level.

Can you say BlackBerry KEY2 clone?!

The specs are interesting:

With BlackBerry KEY2s reselling on the secondary market for crazy amounts of cash (I've seen them go for 2-3x original MSRP), there's clearly still at least some demand for a phone like this. Around the CrackBerry audience, there's obviously going to be a BIG demand for this.

Whether it becomes a phone former BlackBerry keyboard addicts want will be a matter of how it feels and performs in hand.

This definitely has my attention and I'll grab one as soon as I can.

I'm also thinking it'll grab the attention of John Chen. So let's see if this Kickstarter campaign actually happens. You can sign up for updates and to receive a limited time 43% discount on the Unihertz website.

In the meantime, drop your thoughts in the comments below or visit this CrackBerry forums thread for more discussion and details on rumored specs.