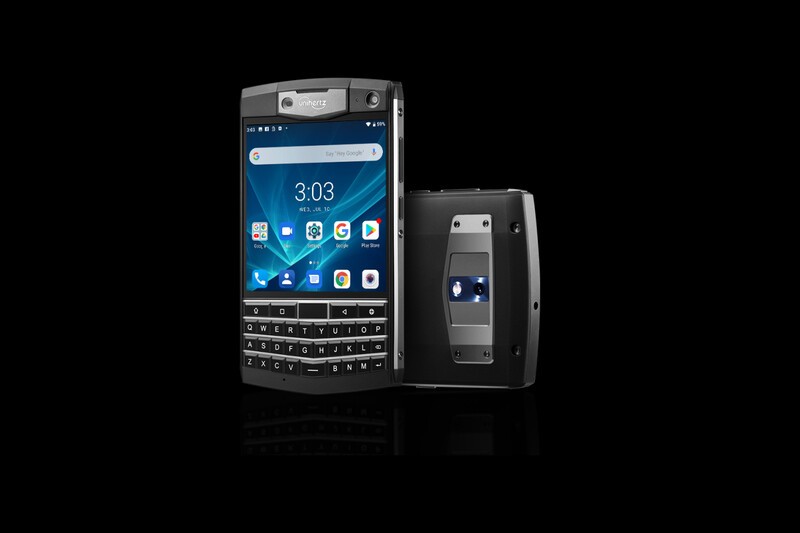 Ever since the images and video of a BlackBerry Passport running Android appeared long ago, there has been plenty of BlackBerry fans hoping a Passport-like device running Android would appear. Although that's not likely to happen through BlackBerry or any of their official licensees, it seems as though Unihertz has heard those voices and plans to release the 'Titan' soon.

Titan is an unbreakable and unique smartphone for working professionals, outdoor enthusiasts, and QWERTY lovers.

As spotted by mbirth in the CrackBerry Forums, Unihertz has set up a website where they're currently showing off the Titan and letting folks know it will be coming to Kickstarter soon. So what exactly is the Titan? Well, Unihertz is claiming it as a rugged device with a QWERTY keyboard, 4.5-inch 1440x1440 IPS LCD display and is packed with a 6,000mAh battery. Other highlights include Dual-Sim and Global LTE support as well as wireless charging, fingerprint sensor, and NFC. Missing details from the listing include the processor and RAM.

The listing is fascinating and slightly amusing to me. It's pretty clear Unihertz set out to make a knockoff of the Passport. Heck, they even included images that straight up show the BlackBerry 10 version of the Hub running on the device and that QWERTY keyboard looks as good as any BlackBerry one.

Per their site, Unihertz is currently offering early bird pricing of $199 for the Titan and taking a $10 deposit from those who are interested. Should you give these folks your hard earned $10? I really don't know. I can't say you'll never see the Titan released, because Unihertz, as far as I can tell is legit and has released devices before but something tells me the BlackBerry legal team might soon take an interest in them as well, and I'm not so sure what would happen then.

In any case, lemme know your thoughts on the Titan in the comments or in the CrackBerry Forums. I certainly would like to see the Passport form-factor make a comeback as well, but I'm not sure this is really it.