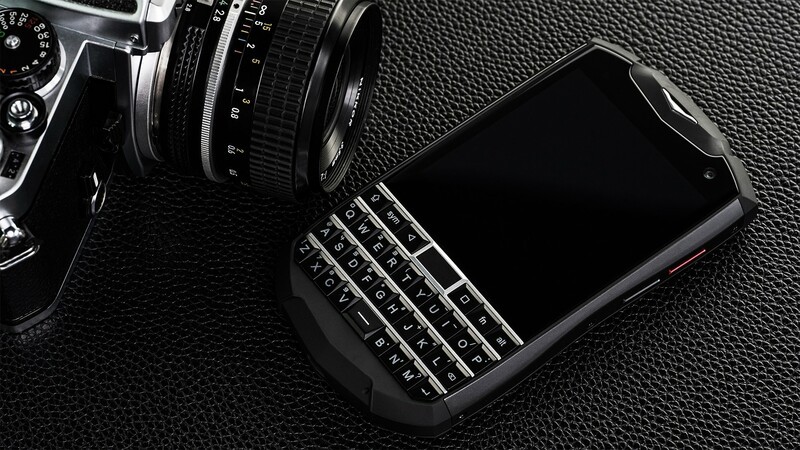 The Unihertz Titan Pocket is now available for backing on Kickstarter.

While many BlackBerry fans are waiting to see what Onward Mobility has in store for their 5G BlackBerry, the folks at Unihertz are not exactly standing still with their attempts to reach BlackBerry and QWERTY keyboard fans. Following up on their Passport-like Titan, they have now introduced a new, smaller version called the Titan Pocket.

Titan is great, but it may not be everyone's top choice. Now we are offering you a brand new choice - a QWERTY smartphone that can perfectly fit in your pocket.

Although Unihertz has yet to reveal any of the specs for the Titan Pocket, they're certainly right in stating the Titan may not be everyone's top choice. The original Titan was built to be rugged and is an all-around massive phone. It's thick, and heavy coming in at 303 grams. The Unihertz Titan Pocket however, looks keep that same ruggedness in a much smaller package featuring Android 11.

With the lack of new BlackBerry options available, Unihertz is certainly filling a void for some BlackBerry fans. Plenty of members of the CrackBerry Forums added the original Titan to their collection when it was launched and no doubt plenty more will be considering the Titan Pocket as well.

The Titan Pocket is launching on Kickstarter soon and if you sign up through the Unihertz site, Unihertz is offering up to 47% off the MSRP. It's a similar deal to which they offered on the original Titan and wholly fufilled their promise of. Spots are limited, so if you're interested be sure to check it out.

If you're looking to discuss the Titan Pocket a bit more, swing by the CrackBerry Forums or drop a comment below. You can also check out TechOdyssey's video covering the announcement below.