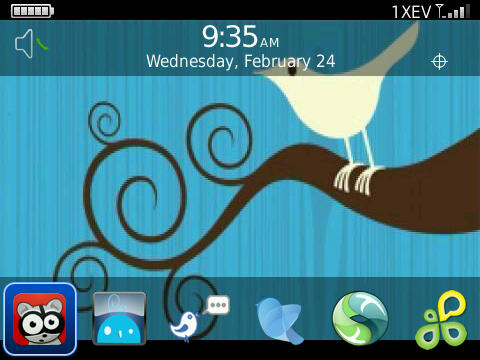 When I first set out to do my original Twitter Client Roundup, I never thought over a year later I'd be at it again with so many new additions. We went from a super small selection, to having a huge set of apps to choose from. We covered more in the Ultimate Twitter Client Roundup Part Deux, but didn't get a good look at them until now. Capturing the best of the bunch on video, we took a look at six Twitter clients for BlackBerry. Each has its own "wow" factor and features that appeal to different users. Some are geared toward power users, while others are geared toward the more casual Twitter user. There are some other apps we didn't cover as well (some aren't available to the public or just not very well known) so there are always more options. Hit the jump to check out the videos once again and read my final thoughts.

When it comes down to it, love them or hate them, Twitter apps are here to stay. In our roundup we checked out six of the top (most well know, biggest .. call them what you will) clients for BlackBerry. We looked at the old and new, and ran through the features of each. In most clients you can find the standard fare: friend and public timeline, mentions (replies), direct messages, favorites, trending topics and more. Some are action packed and full-featured (Ubertwitter has the most options by far) while some have very few options (Twixtreme and the official Twitter for BlackBerry). Depending on your needs you may be fine using a slimmer client without the options to view lists or set an insane amount of options. Something like Seesmic for BlackBerry lets you have just enough control, without getting overwhelming. If you're a daily Twitter user and want a good look with more options, TweetGenius may be more your speed (the only paid app in our roundup). The best thing to do would be to play around with every application until you find one that fits you. All of the clients we looked at are free to download (TweetGenius has a 30-day free trial) with the exception of the official Twitter for BlackBerry which is still in beta.

There are also a few other Twitter clients floating around that we didn't delve in to. Obviously SocialScope is the first that comes to mind, but given their perpetual beta status, we opted to leave it out of the roundup. Viigo also has some social networking features for Twitter, but they haven't really kept up with the stand-alone clients. Another great choice if you're getting into the Twitter game would be the new Twitter mobile site. The site was recently redone and boasts more features than the timeline only page it used to be. The mobile site lets you view timelines, trending topics, search and more. This may be the best bet for some users who are just getting started and don't want to be bogged down with a full Twitter app. Quick mentions also go to BlackBird, Twibble, BBTweet and YATCA who are still hanging around as well.

If you missed them on the first round, take a look at the links below and check out all of the videos in our Ultimate Twitter Client Roundup. Down the road we'll take another look at the clients and do up a "head to head" as we get deeper into comparing each client, but for now I'm Twittered out :-)