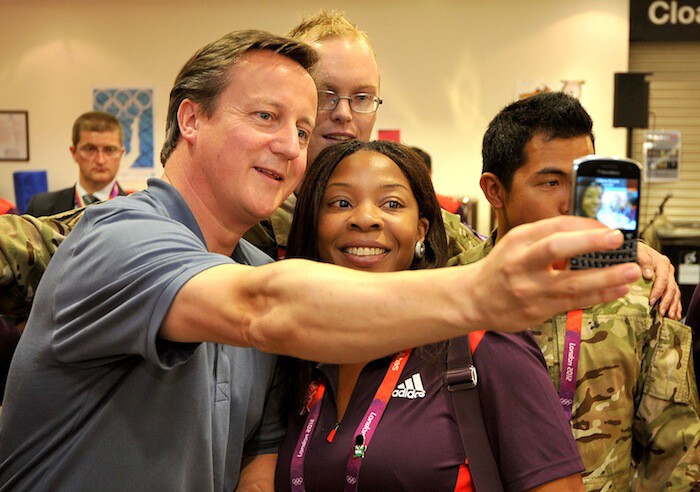 Although I don't follow much politics, UK PM David Cameron and his BlackBerry usage is pretty well known. He's been spotted on several occasions tapping away on different BlackBerry devices over the past few years and even had a little bit of an issue with being caught with his ringer left on during a question and answer session with students in Dubai.

Once again his BlackBerry has become a topic of conversation. This time around, Cameron was catching some heat for having taken a second summer vacation as Britain was getting deeper involved in military action against the Islamic State in Iraq but noted he would have no trouble taking care of his duties from his BlackBerry device.

"Wherever I am in the world, I am always within a few feet of a BlackBerry and an ability to manage things should they need to be managed," according to the Daily Mirror. "And indeed as I have done on I think almost every holiday that I have enjoyed over the past few years, I am able to return instantly should that be necessary."

He's in good company though as many of the world leaders such as U.S. President Barack Obama, Canadian Prime Minister Stephen Harper, German Chancellor Angela Merkel, Denmark's Prime Minister Helle Thorning-Schmidt, and more rely on BlackBerry for security, productivity and connectivity they need.

Via: Inside BlackBerry Thanks, Madony!