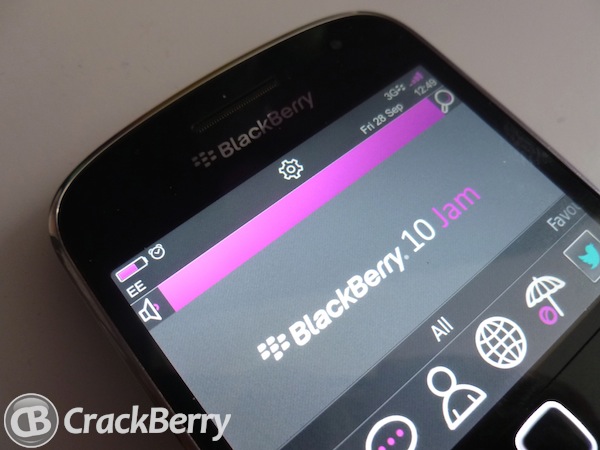 If you are an Orange or T-Mobile user in the UK you may well see something strange happen to your home screen. Your current network name will be replaced with EE. But fear not, this is normal. If you were not aware - Orange and T-Mobile run under the parent company 'Everything Everywhere' and just the other week I was at a press conference in London where they announced their 4G LTE roll out and that the 4G devices would come under a new brand called just 'EE'. Confused yet?

Clearly our current BlackBerry devices are not 4G compatible but future BlackBerry 10 ones will be which is fantastic news - as long as EE sell them. I can't think why they wouldn't though as BlackBerry must take up quite a chunk of their customer base.

Anyway, if your network provider name does change don't panic as it just stands for Everything Everywhere. I suppose the only downside to this is that we won't be able to tell if we are connected to an Orange or a T-Mobile cell tower. But that's no big deal anyway - as long as we have coverage, that's all that counts.

Interesting times ahead for the EE brand. We will of course keep you up to date of any future EE BlackBerry 10 announcements, although I suspect we are still some months off from anything official.