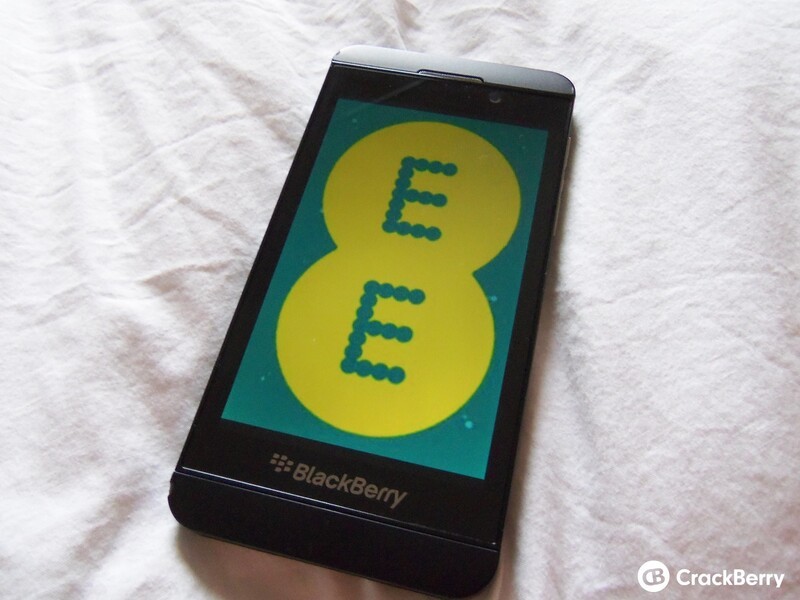 Here in the UK we are still new to LTE. In fact, as things currently stand we still only have one network that offers 4G and that's EE (formerly Everything Everywhere). Things are stepping up a notch however as the mobile network has announced that they are to double 4G speeds as well as doubling the 4G network capacity to meet the needs of customers in the future.

If you are one of the cool kids and are rocking a BlackBerry 10 device on the EE network you will have the ability to take advantage of 4G. The LTE service is still being rolled out across the UK but these new super speeds are to be introduced to ten cities by the summer. They include - Birmingham, Bristol, Cardiff, Edinburgh, Glasgow, Leeds, Liverpool, London, Manchester and Sheffield.

Although all of the UK networks offer BlackBerry 10 smartphones - if you are looking to upgrade and have 4G coverage in your area it may well be worth considering a move to EE?

9th April, 2013 – EE, the UK’s most advanced digital communications company, is doubling the speed and capacity of its 4G network. The arrival of double-speed 4G, which enables lab speeds of 130Mbpswill boost headline 4G speeds to 80Mbps plus, and double the average speeds for 4GEE customers to more than 20Mbps.

EE is doubling the amount of 1800MHz spectrum bandwidth dedicated to 4G, from 10MHz to 20MHz  This will give 4GEE customers increased capacity, and access to some of the fastest mobile speeds in the world, reinstating the UK as a leader in mobile and digital communications.

EE is forecasting mobile data traffic to grow by as much as 750% in the next three years alone. Increased speeds and capacity are vital for mobile operators to continue to deliver a consistently high quality experience. EE is committed to always having the fastest network in the UK.

What it means for 4GEE consumer and business customers

With double-speed 4G for mobile broadband and smartphones:

·         Pictures can be uploaded and downloaded in HD, on larger screens, with greater resolution

·         HD video can be uploaded and shared, and peer-to-peer video can be pin-point sharp and viewed with zero delay

·         Multi-tasking on the move can become even quicker, with support for image and video-heavy online shopping, while uploading to Facebook and downloading an HD video

·         ‘Always on’ technology, constantly taking in and sharing information from what we’re seeing and doing, can be supported

·         Files so large that they previously required a fibre connection can be uploaded and shared, or stored in the cloud – all on the move from a mobile device, revolutionising working practices for content-heavy businesses

·         A truly mobile office can be a reality, with smartphones, tablets and laptops connected by a 4G Mobile Wi-Fi device, serviced by average speeds around 20Mbps

·         Streaming an HD video while uploading a presentation and speaking on a video conference call over IP, all in real time on mobile

EE is the only operator in the UK with the necessary combination of spectrum bands and mobile sites to undertake a rapid, widespread deployment of double-speed, double capacity 4G mobile services.

The turbocharged 4G capability will roll out to ten existing 4G cities by summer – Birmingham, Bristol, Cardiff, Edinburgh, Glasgow, Leeds, Liverpool, London, Manchester and Sheffield. Trials of the new technology in Cardiff are have already seen headline speeds reach 80Mbps plus. Once switched on, the improvements will be automatically available in those cities within existing plans to new and current 4GEE customers on all 4G smartphones, tablets and dongles.

“By rapidly expanding both the coverage and capacity of its network, EE has taken the necessary steps to maintain and extend its advantage in the UK 4G market and, importantly, to leapfrog itself into a leading position in the European LTE market. EE’s strategy to focus on network investment as a point of differentiation is helping to build a world-class, high-quality digital infrastructure that will prove as vital to future economic growth as investment in the roads and railways.”

“We are ensuring that the UK remains at the forefront of the digital revolution. Having already pioneered 4G here, we’re now advancing the country’s infrastructure again with an even faster, even higher-capacity network, and at no extra cost to our customers.

“Since we launched 4G, we’ve seen a huge shift in the way people are using mobile. Video already accounts for 24% of all traffic on our 4G network – that’s significantly more than on 3G. Maps, mobile commerce, sat-nav tools and cloud services are all seeing a similar rise. Mobile users in the UK have a huge appetite for data-rich applications, and this will only grow as people become more familiar with and reliant upon next generation technologies and services. Our double speed 4G network will provide developers with the quality and speeds needed to develop the next wave of killer 4G apps. Whatever innovations they come up with, we’re ready.”

EE has set a target of reaching one million 4G customers by the end of 2013 and will provide updates on its progress towards this in upcoming announcements. Among 4G network rollouts around the world, converting 10% of pay monthly base after 24 months is considered to indicate a successful deployment. More than one million 4GEE customers would represent around 8% of the EE pay monthly user base, upgraded or acquired from rival networks within just 14 months.

Building on EE’s existing 1800MHz (2G & 4G) and 2.1GHz (3G) spectrum, the successful acquisition of highly complementary 800MHz and 2.6GHz spectrum in the auction provides the company with the UK’s widest and most capable spectrum portfolio, allowing the boost of superfast data services and coverage – indoors and outdoors, in cities and the countryside. The newly acquired spectrum will support the existing 1800MHz network to further increase capacity and reach, and ensure consumer and business customers always have the best 4G experience in the UK.

Before the end of 2013, EE is aiming to trial carrier aggregation, a fundamental feature of LTE-Advanced, combining spectrum from different bands to further boost performance, speed and capacity. Through this innovative use of spectrum assets, EE will be able to deliver more 4G bandwidth than any other operator in the UK is able to, now and in the future.

EE is also making further investments and improvements to its core network to enable a wide range of new services for EE customers. These services will include voice over Wi-Fi (VoWi-Fi), as well as enabling the delivery of both video and voice calls over 4G/LTE (VoLTE).

The story so far

EE launched the UK’s first 4G network in October 2012, and will have 80 towns and cities, and approximately 55% of the UK population, covered by June, ensuring the rollout stays ahead of the ambitious schedule laid out at launch. According to independent network testing from RootMetrics, 4GEE customers in cities recently measured are experiencing speeds in line with or greater than the forecast average of 8-12Mbps.

EE has also made superfast Fibre Broadband available to 14 million UK households and businesses, allowing people to benefit from the best network in the home as well as on the move.