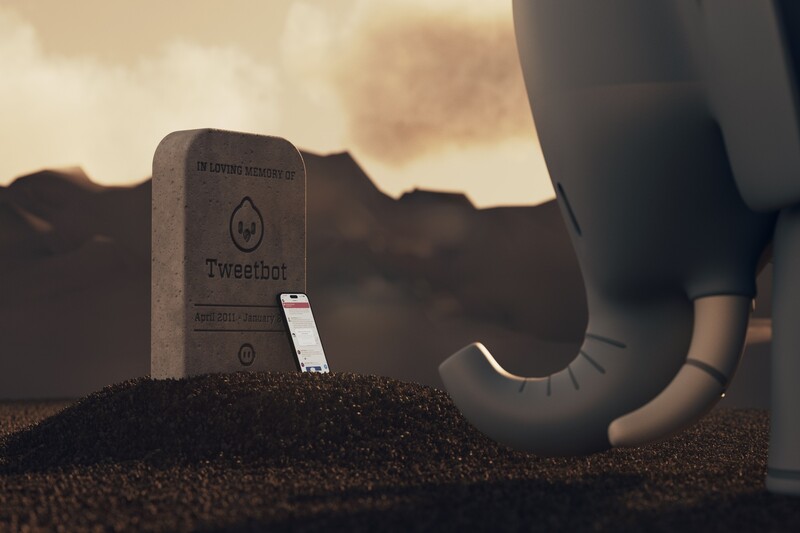 The tumultuous tenure of Twitter under the leadership of Elon Musk has resulted in a depressing turn for many dedicated Twitter users: the end of the support for third-party Twitter app developers relied on to make their apps function at all.

As a long-time user, I was a fan of these apps versus the official Twitter app. I found a better experience and tools in apps for my iPhone like Twitterific and Tweetbot. While I liked that they didn't try to drown me in ads, what I really liked was how they gave me control over my Twitter experience. I could keep my place in my timeline and pick up where I left off, I could have an always-chronological timeline, I could decide how images and videos were displayed and loaded based on my connectivity, I didn't have to deal with recommended content that the Twitter algorithm thought I would like.

In essence, these apps let me enjoy Twitter as it used to be, and not as Twitter wanted it to be in squeezing every last morsel of revenue out of its users through optimization for virality. And it let me support small software developers who built great products without having to be part of a big corporate behemoth.

These apps let me enjoy Twitter as it used to be, and not as Twitter wanted it to be.

The absence of ads from the apps was never the biggest draw for me. In fact, I found it puzzling that Twitter never added ads to an API provided to developers — sure, they didn't account for the most users, but they accounted for dedicated Twitter users that were clearly happy to spend some money to have a good experience. Sure, Twitter eventually started offering their "Blue" monthly subscription plan, but even that only cut the ads they would see in half.

Many times these apps were the genesis of interesting features made by third-party app developers. Hashtags, threading, bookmarked tweets, a "reader" view for long tweet threads, undo tweet, and more — all made first by third-party developers that worked unique solutions with the API (Application Programming Interface, a set of hooks that allows an app to connect with a service). Some of these innovators were even bought by Twitter, like Tweetie creatore Atebits, TweetDeck, and TwitPic — Also, never forget that Twitter bought and trashed Vine and Periscope.

A cottage industry of independent developers had sprung up around this API, offering unique takes on Twitter for anybody willing to give them a shot and maybe a few bucks. Last week Twitter unceremoniously killed the API used by these developers, kneecapping a lot of small businesses who had built their livelihood around that access. There had been back-and-forths between Twitter and this developer community years ago, but they had until recently lived in harmony: Twitter knew that they small amount of revenue they lost to the developers that used these apps was made up for by the engagement those power users drove.

And then came Elon. The tortured 2022 acquisition of Twitter by billionaire Elon Musk has resulted in the rockiest time in Twitter's history. Enormous departures hit the Twitter workforce, and when Musk offered a "hardcore or quit" option to those that had remained, most opted for the severance package. Twitter's workforce was hollowed out just as Musk was trying to figure out how to make more money out of his new $44 billion toy.

That Twitter didn't burn down in the wake of mass resignations was a testament to the work of its engineers before and through Elon Musk's chaos.

Twitter didn't immediately burn down, despite the prognostication of certain tech pundits. That's a testament to the work of Twitter's engineers before and throughout this chaos — they built a complex system with the checks and balances to ensure resiliency even with a skeleton crew left behind to maintain the code and servers. But it was an eventuality that something would eventually break, especially as Musk pushed Twitter's developers to make changes to the platform in search of revenue optimizations.

Recently the API used by third-party apps was faltering. It was on and off, clearly having trouble getting the data it needed. And then it was unceremoniously shut off entirely, followed by a hastily-added line to the Twitter Developer Agreement that barred developers making something to "use or access the Licensed Materials to create or attempt to create a substitute or similar service or product to the Twitter Applications".

So what happened? Almost certainly the same thing that happens with any business that's trying to do a lot of things but just doesn't have enough manpower to do it all: you start saying "fuck it" and cutting things off if they're more work than they're worth. Twitter long tolerated third-party developers, but they were never extremely supportive of them. New features often took a long time to make it to the API, if they ever did at all. Twitter app developers never got access to the polls feature, for example.

The API that developers used to create their own apps was not the same tool that Twitter used to power their own apps, which is the sort of thing that Twitter would've done if they were truly committed to that product. Large changes are happening behind the scenes at Twitter, and at some point those changes were going to intersect with the API. Once that happened, the developers were faced with a choice if they wanted to keep the API operating: make those changes with the API in mind, or update the API to accommodate the changes. Either complicates the whole process, and complications are time, and time is money — none of which Twitter is currently rolling in.

So faced with a choice that could seriously complicate their ability to deliver on the timelines demanded by the notoriously fickle and temperamental Musk, the choice was made: fuck it. It's easier and cheaper to just kill the API than it is to try and made the fixes to keep it going. It costs Twitter nothing, and they can instead just keep investing in new features to draw those affected users to the official Twitter app instead.

Faced with two choices that would complicate their task, Twitter chose to just give up instead.

Which leaves the small developer shops that had built apps on top of that API in a terrible position. Iconfactory, the company behind long-time iOS client Twitterific pulled their app, and my favorite TweetBot is pivoting their Twitter experience to an app for Mastodon — I wish them all the luck with that, but I just can't see Mastodon taking off even as Twitter flounders under Musk's ownership.

Of course, you could argue that it was irresponsible of these third-party developers to build a business around the good grace of another business providing their product free of charge. And yes, Twitter was under no obligation to provide an API at all, much less as much of an API as they did. But this relationship with and support for third-party developers was always part of Twitter's DNA, whether they wanted to like it or not. The symbiotic relationship was good for both parties, and it's disappointing that Twitter no longer sees it that way. But more importantly, it was just a real dick move to cut off the API the way they did. That's also emblematic of the way Musk operates.

All of this raises the question of if Twitter will kneecap the access of other API users. Are the Academic Research API users still going to be able to trawl Twitter looking for signs of rising extremism? Will third-party management tools like Buffer or Hootsuite continue to function, or will Twitter drive those users to their own TweetDeck tools?

Only time will tell what the Twitter of the near future looks like, but I can promise you this won't be the first hard decision / dick move that Twitter makes in the months ahead.