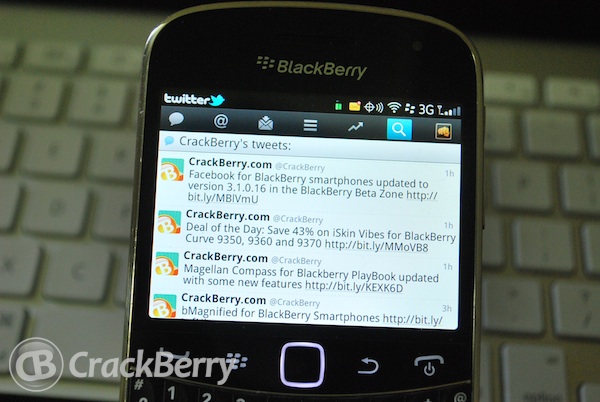 If you've been itching to beta test some new software, the BlackBerry Beta Zone has now made available Twitter for BlackBerry v3.2.0.3. This release is meant to be a bug fix release with a lot of the work not visible to end-users but that's not to say RIM hasn't added some new features to the mix because they have:

In addition to this new release, RIM is also looking for suggestion on what else should be added to the app to make it better. They've set up a features request section on the BlackBerry Beta Zone site for you to submit suggestions and vote on already curated ones.

Enough of that though, hit the link below and start testing that baby out. And remember folks, submit feedback. It's all kind of pointless if you don't offer up feedback on how to improve the app.