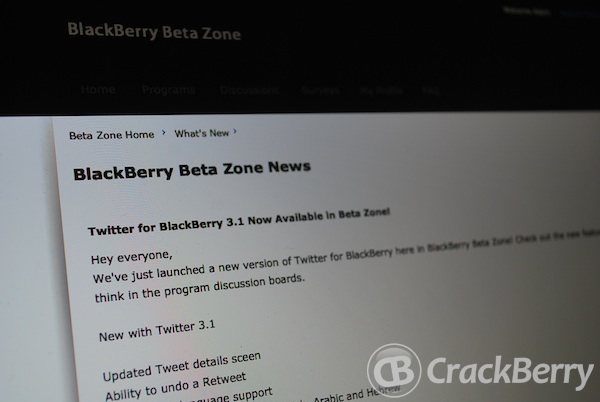 A new version of Twitter for BlackBerry is now available for Beta Zone members. The latest sits at version 3.1.0.8 and brings a few new updates and fixes. Things are moving along pretty quick on these betas, so there's a good chance this will hit BlackBerry App World shortly.

If you're a Beta Zone member you can login and download the new version from the link below. If you're not yet a member then get on it!

Head to the BlackBerry Beta Zone