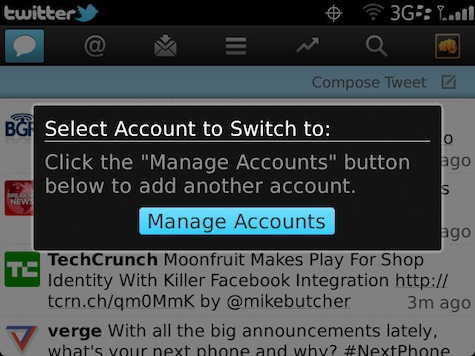 Over the past few days, some folks have been having issues with Twitter for BlackBerry and now RIM has released the latest build to the BlackBerry Beta Zone. This time around, they were so kind to include a changelog for us all as well so here's what has been fixed:

The download is available now for BlackBerry Beta Zone members and we're also hearing it's possible for a few more updates to come today as well. The BlackBerry Podcasts apps hasn't been updated as of late, so maybe that will be next. Either way, if you're looking to give a new Twitter build a go -- you know what to do.