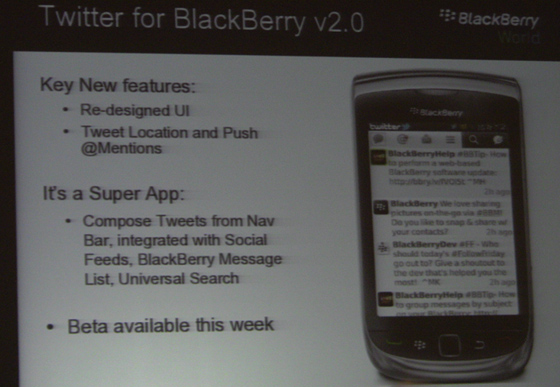 During his presentation on the BlackBerry Social Platform today, Tom Goguen, VP, Collaboration & Social Networking at RIM, announced the upcoming beta release of Twitter 2.0 for BlackBerry in what he called "the coolest Twitter app for mobile". The new version is a super app and will have the ability to send a Tweet from within any app on the device and will also tie into Universal Search. Stay tuned for more!