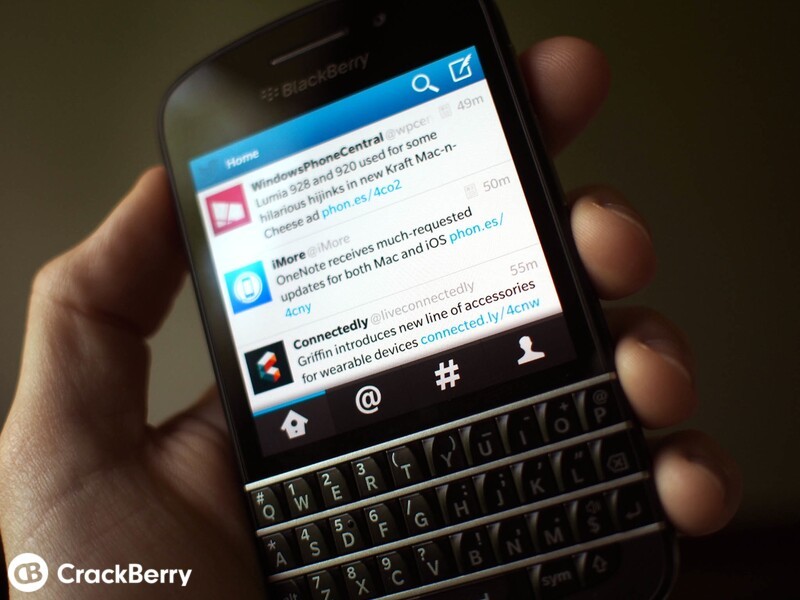 Twitter for BlackBerry 10 is getting a healthy update today. You can now draft tweets to shoot off later, swipe to get between Activity and Discover tabs, and new prompts for age verification when trying to follow naughty Twitter accounts. There's a handful of photo updates, too. Now you can include pictures in direct messages, the ability to disable in-line images in the Home feed, plus you have a chance to re-shoot pictures before attaching them to your tweet.

Twitter might not be for you, but it's a huguely important app for BlackBerry to keep up to date. Of course, it's also great to have options like Blaq out there for the sake of variety (and to keep BlackBerry on their toes).

Those are some welcome upgrades to the official client, but what would you like to see in the Twitter app for BlackBerry 10? Is there a feature that's sorely missing, or something that would simply be nice to have?