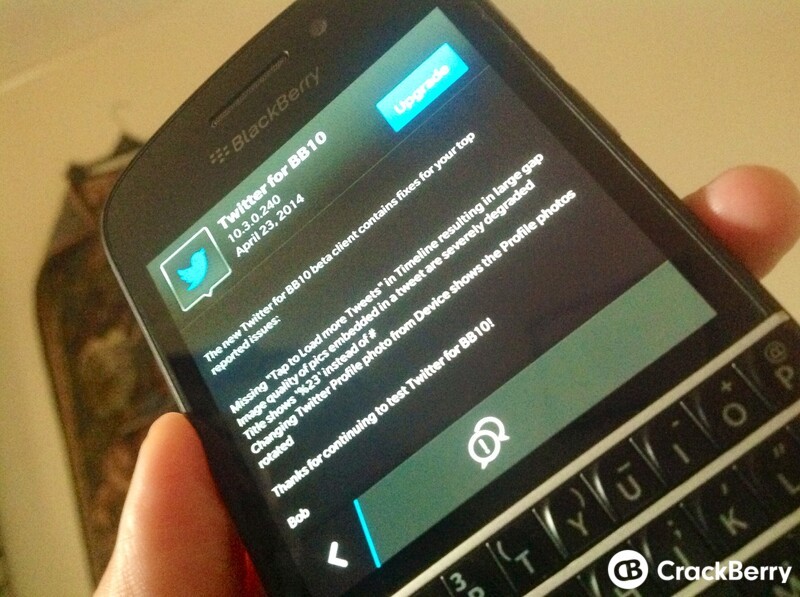 Towards the end of March, we saw Twitter for BlackBerry 10 drop in BlackBerry Beta Zone for users to put through its paces. The beta version brought about a swipe gesture to go between your timeline and activity, as well as bringing photo enhancements. It also received a flatter UI, just as many apps seem to be doing lately. Today, we see an update to the beta version. For the most part it's just bug fixes. That's to be expected when it comes to beta testing apps.

To get the update just launch the BlackBerry Beta Zone app. If you're not seeing it yet check back, it should become available soon.

BlackBerry Beta Zone is only available in certain regions and it's free to sign up. If you haven't created an account yet you can using the link below.