Simply login and leave a comment to win 1 of 50 copies of TweetGenius! 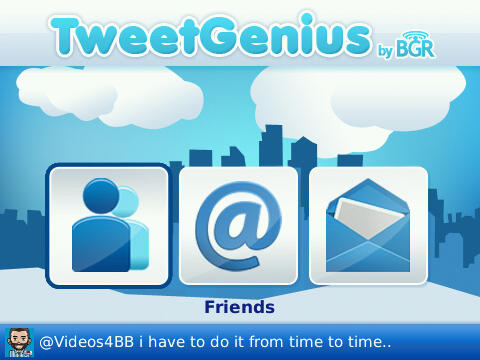 It seemed like it came and went. TweetGenius, the first premium Twitter client for BlackBerry, swooped in and then in a poof it was gone again. If you didn't get to purchase it upon the initial release, you were sadly out of luck for the last few months. Well the good news is that its finally here. The minds behind TweetGenius teamed up with BeeJive (makers of the amazing BeeJive IM) and have finally dropped a crazy new pollen-infused version of TweetGenius. The early version had some struggles on older devices (like my 8330) and people had some complaints. Well no comments went unnoticed, and the new version of TweetGenius is much improved, faster and ready for the world again.

Get TweetGenius: TweetGenius is available for all devices except for the Pearl and Pearl Flip for $7.99. It may seem a bit steep for a Twitter app, but it is well worth the price. It has been overhauled and works with OS 4.3 or higher. You can buy it now from tg2.beejive.com.

Contest: We've got 50 free copies of TweetGenius to give away for free to the CrackBerry Nation! Just leave a comment on this post to enter. Contest ends this Sunday at Midnight PST. Please only leave one comment - multiple entries won't count!