The World Cup for 2014 ended on Sunday July 14th, 2014, with Germany beating Argentina in the final 1-0. While World Cup fever may be over, what are you going to do to fill that football void? How about trying out Training with Messi. It's not quite a fully fledged football game but it's a nice bit of fun to kill some time.

With Training with Messi, you do just that, train with Messi. You go through a set of plays from dribbling the ball passed by other players, to jumping over obstacles and striking the ball for a goal. There's a tutorial level to take you through the process, like how to control your player, jump over slide tackles, perform fancy foot routines and more.

At each stage you have three lives - use them all up and the game is over. In BlackBerry World there's two versions of the game. A free version with in-app purchases and a Deluxe version where you earn stars in order to get new kick routines and kits to use. Both versions play exactly the same way. However, the free version is only available for full touchscreen devices and the BlackBerry PlayBook, while the Deluxe version is available for most BlackBerry 10 devices, as well as the PlayBook. 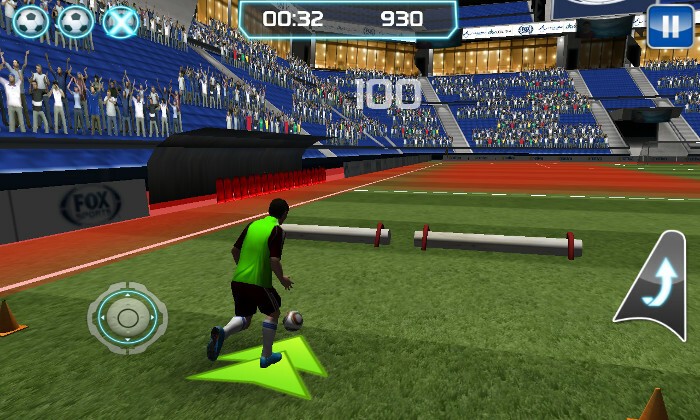 With BlackBerry 10 devices you control your player with an onscreen joystick and on the PlayBook, you do so by tilting your device to move your player left or right. On both devices there are onscreen icons that allow you to perform the routines while you use gestures to dodge or jump. All this is covered in a tutorial at the first stage. You must complete each stage within a time frame. The better you perform and cross obstacles, the higher your score.

Training with Messi is actually a nice bit of fun. Probably better on full touchscreen devices than QWERTY ones, of course a lot more fun on a PlayBook - with the bigger screen real estate. If you're wanting a bit of football fun, check it out. As I've said there's a free version, that includes in-app purchases and Deluxe version which costs $2.99.