While I was hanging around in the Amazon Appstore recently I found a bit of a treat that goes by the name of Touchgrind BMX. Now this won't be for everyone but I first got addicted to the game some time ago when I used to rock an iPhone as my second device.

Now, thanks to BlackBerry 10, we can easily download Touchgrind BMX to our devices and enjoy the game for free.

The concept is pretty straight forward - you control a bike and you must maneuver around the course performing tricks as you ride over jumps. Controlling the bike is like no other game I've played before. I'll try and explain but if you get the chance to watch the video it will be much clearer.

To make the bike travel you place two fingers on it - one on the handlebars and one on the saddle. As you hit a jump you can flick the bike back or forth to perform flips, swipe the handlebars or the seat to do some spins etc. It takes a lot of practice but it's worth it.

You'll need to complete a bunch of different achievements to progress to the next level and along the way you'll also be able to upgrade your bike. 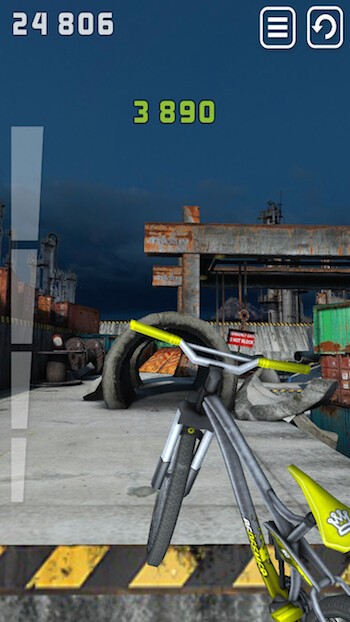 I love this game and it shall remain on my BlackBerry indefinitely. I've not tried this one on the Q10/Q5 as I suspect it won't work, but for you all-touch BlackBerry 10 users I urge you to give this one a go.