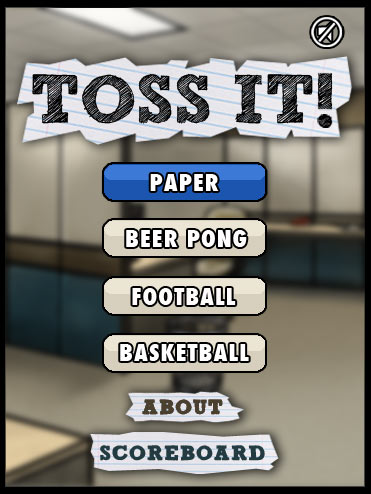 A few months back we showed all you folks a game called Toss It! by Smarter Apps, the makers of Angry Farm. Well as of today, those of us who are lucky (or unlucky, however you see it) enough to have Sprint for our carrier, can download the game for free! The Sprint promo seems to be running until November 10th or while supplies last (whatever that means). For those of you who haven't heard of it, Toss It! is essentially a game of tossing a variety of objects at the intended targets and score points for each success.