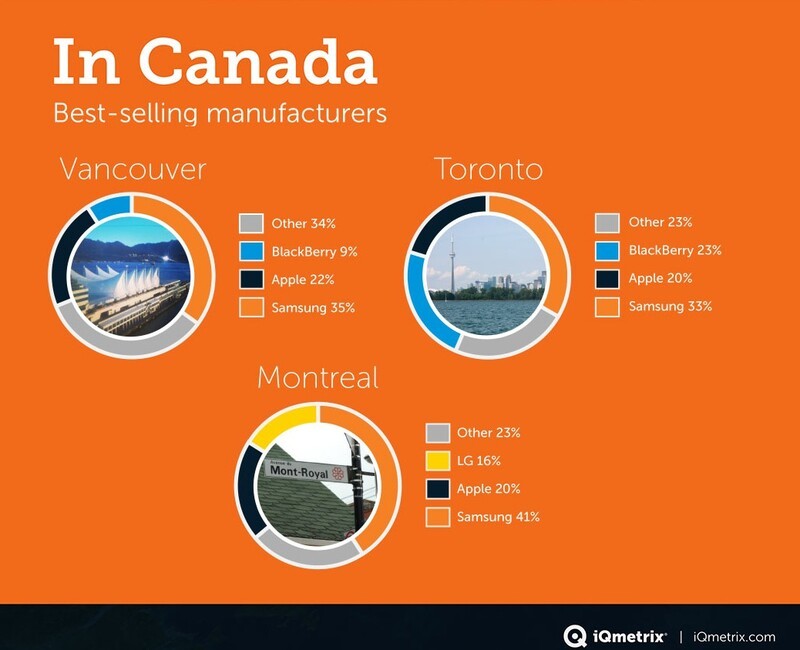 While BlackBerry CEO John Chen was busy talking to the Jakarta Post about sales of the BlackBerry Z3, profits for BlackBerry and the possibility of launching phablets if the market calls for it, some interesting news from BlackBerry's homebase of Canada also came through. According to iQmetrix, who provides retail management software for the North American wireless industry there's a lot of love for BlackBerry in Toronto.

Taking data from over 15,000 store locations across North America, iQmetrix has found that 23% of all phone sales in Toronto can be attributed to BlackBerry which even outsold the iPhone and accounts for 29% of all BlackBerry sales across the U.S. and Canada. Of course, Samsung and Apple still lead the pack over all of North America with figures breaking down like this over the past six months.

Is it the best news? Not really. But it shows in some areas there's still plenty of love out there for BlackBerry within North America and that's a good thing. The figures come from the past six months, December 2013 - May 2014 however they don't break down which BlackBerry devices were being sold be it BlackBerry 7 or BlackBerry 10, just that they were BlackBerry smartphones. Here's to hoping any phablets John Chen has in mind also see a North American release.