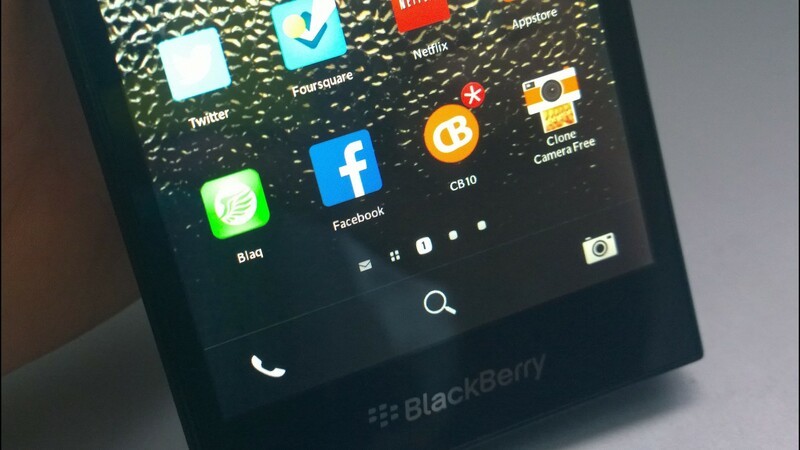 If you have picked up a BlackBerry Z3 in one of the countries the low cost device is now available I suspect you'll be using some social applications for sure. The obvious ones like Facebook and Twitter would have come pre-loaded on your Z3 but there are a bunch of others that I'd suggest you check out.

I'm going to stick to native BlackBerry 10 apps for this post as I certainly prefer them to the Android alternatives we have on offer. That said, there are a few social apps you won't find in BlackBerry World so you'll need to hit up the likes of the Amazon Appstore for those.

With some of the big name apps like Instagram and SnapChat still not having native BlackBerry 10 versions you'll be pleased to know that the good old BlackBerry developers have been hard at work and we do have some sweet third party options.

When it comes to an alternative to the native Twitter app for BlackBerry 10 you can't really get much better than Blaq. With full Hub integration for notifications, it offers more features than the native version and also gives your Twitter timeline a totally different look and feel. Introduced in the last update was a light theme but the black one looks awesome and will be kinder on your battery.

With real time Twitter streaming, BBM integration and easy gesture based controls for retweeting/replying etc the whole Blaq experience is quite beautiful. It may cost you a few bucks but it's money well worth spending if you ask me.

I'm sure most of you have heard of Foursquare. On other mobile platforms things are changing a wee bit as the company is introducing a second app - Swarm, but for us BlackBerry 10 users things are staying the same allowing us to explore and check into places all from the one app.

It's the perfect way of discovering points of interest around you, such as restaurants and bars and once you check in you can share your location via social networks. You can even upload a photo of the place if you fancy it. It may not be an app we all use on a regular basis but it is useful and also a great way of seeing how many times you have visited certain places and if your Foursquare friends have been there too. Visit there more than anyone else and you get the prestigious award of becoming the mayor of that place!

With no official SnapChat application on offer we are lucky enough to have a great third party option with Snap2Chat. I don't mind admitting that I'm not a big user but I do have a small group of buddies that seem to be addicted and are forever sending me SnapChats.

What this involves is taking a photograph and adding text over the top and then sharing with your SnapChat contacts. You have the option to share with all or just select the contacts you wish to see that particular Snap.

On Android and iOS SnapChat is huge and with Snap2Chat giving us full features us BlackBerry 10 users can get in on the action. And the app works a treat. Give it a try - there's a free lite version you can test out.

If you want Instagram on your BlackBerry 10 device you can do so thanks to the easy loading now of Android APK's. However, I choose to use iGrann instead which has been natively built for BlackBerry 10. If offers all the same features as Instagram but just with a BlackBerry feels to it.

Uploading images is just as simple and in fact I dig the fact that with iGrann you can use the photo editing software that is baked in BlackBerry 10. It doesn't offer as many filter options as Instagram but for ease of use I love it.

With the tabs at the base of the display you have instant access to your feed, searching, uploading, notifications and your profile - which you can edit if you need to. With notifications getting pushed into the BlackBerry Hub it's as good as you can get if you ask me. There's also now a 'Pro' edition of iGrann if the free one doesn't give you everything you need.

Like with Instagram, if you want Vine on your BlackBerry you can load up the Android version. Once again though, I prefer a native BlackBerry 10 app - Whine which we took a look at on video a short while back.

As far as I can tell it does everything that Vine does, but we get a beautiful black and green user interface and it feels a bit more tailored to us BlackBerry 10 folk than the Android version.

If you don't currently use Vine this is good reason to start. It's free too which always goes down well!

Time to get social

There you have it. Hopefully if you are thinking of purchasing the Z3 then we have reassured you that you won't be missing out on social apps. Sure, we don't have the vast quantities that iOS and Android offers, but we aren't doing too bad. I don't think there are any 'must have' apps that I have on other smartphones that I can't get on my BlackBerry.