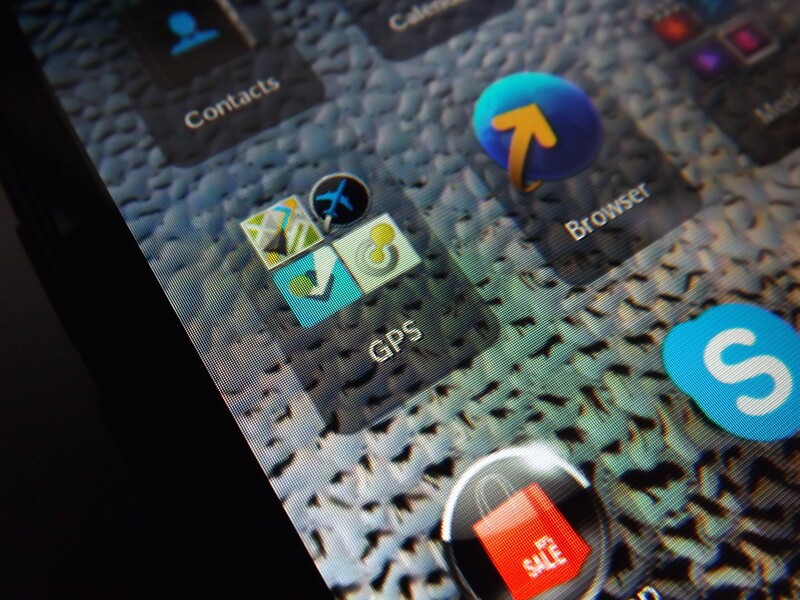 With BlackBerry seeming to be pursuing two types of customers at the moment - business users and the consumer market, the BlackBerry Z3 could well fall into the hands in either of these two camps. Sure, we may see top executives rocking a BlackBerry Passport or Classic in the future, but there will always be companies that don't want to spend the big bucks and the BlackBerry Z3 will still serve its purpose.

So whether you are travelling on vacation or on a business trip I've put together my top five BlackBerry 10 apps for you to put on your Z3. And the best news is that they are all free to download!

BlackBerry Maps will come preloaded on your Z3 and for voice guided navigation it does a fantastic job. I've mentioned this before in another article but I feel it's important so here goes again.

BlackBerry Maps may not be as fancy as the likes of Google Maps or Here Maps from Nokia but it gets you to your destination and using the app is really simple. One of my biggest loves with it is the fact that it is integrated with the search feature in BlackBerry 10 - so you can just tap the search icon and enter the address/post code/zip code and off you go. Sure, it may not be as detailed as the alternatives on other OS's but it's my navigation app of choice and I own an iPhone, a Samsung Galaxy and a Windows Phone.

If you're travelling to another country and don't speak the local language Navita Translator could be a lifeline for you. As you can see in the video above, the app lets you select from dozens of languages and then it's just a case of typing in what it is you want to translate. If you're not happy with trying to pronounce the translation fear not as the app can speak it for you - clever stuff.

If you're going away this one is well worth having on your BlackBerry just in case you need it.

If you're traveling overseas BlackBerry Travel has to be the most important application for you to have on your BlackBerry 10 smartphone. It's packed full of features which will assist you in your journey in so many ways.

First up is the auto scanning option. You can set the app to scan your inbox for any flight confirmations and when it finds them the app will pull them in and present them in an orderly fashion so you can glance at the app at any time and see the detailed information about your upcoming trip. To take things a little further it will also integrate with your calendar and prompt you of reminders in advance of your flight.

Things don't stop there. A currency converter is built in which is customizable - meaning that wherever in the world you go you'll have instant access to see if what you are purchasing is a good deal compared to back home.

Weather is also integrated and will give you the current conditions as well as a forecast over the following four days. And to round things off there is a World Clock section - again, customizable, so you can check what the time is in other cities around the globe - good stuff.

In addition - as if that wasn't enough - the following is also included:

I think the main reason I was attracted to FX rates was the user interface. It's very user friendly and being set on a black background with big bold icons just makes it look good. As you will see in the video; adding countries to your list of featured currencies is super easy - just press the + icon and select from the huge list. Once you have your selection made you can, at any time, tap one which will open up a box where you can enter the amount you need to convert. The results will then be shown in each of the counties you have open.

Foursquare won't be for everyone, but if you like to check into places while you are on your holidays or just visiting another city it's a great way of letting your friends know what you are up to. With the ability to share via Twitter, Facebook and BBM you can keep your buddies in the loop of your activities and even include photos to make them jealous!

As well as just checking in to venues you can also use the app to discover new places that you may want to visit. If any of your Foursquare friends have been there before you'll be able to see it and if they left any comments on the venue.

So if you are jetting off to another country your BlackBerry Z3 should be a great tool for helping you out in a bunch of ways. From experience I've used all the above apps when I've been abroad and I certainly wouldn't want to be without them.