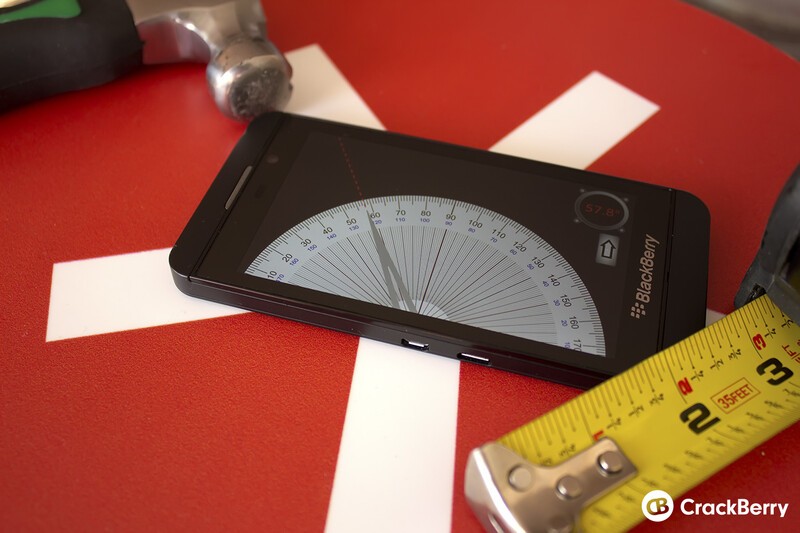 BlackBerry is well-known as the handset of choice for people that want to get shi stuff done.

Out of the box, a BlackBerry 10 device is well-suited for day-to-day tasks, like shooting off e-mails, making calls, and keeping track of appointments, but there’s a whole wide BlackBerry World full of custom-made apps that can crank your productivity knob to 11.

There are some great apps already available and many more show up every day. We've got needs that extend far beyond native apps most days, so having the ability to grab some awesome third-party apps is a huge bonus for getting things done.

Let’s get down to business and see the very best productivity and utility apps that BlackBerry 10 has to offer.

BlackBerry 10 has its own file manager with plugs into Dropbox and Box, but real power users have FTP servers that they need to get into. PlayCloud is a super-charged file browser that offers access to Google Drive, Skydrive, SugarSync, OpenDataSpace, WebDAV, and FTP, in addition to Dropbox, Box, and local files. Files can be moved, copied, shared, and otherwise shuffled through the contextual menus. Images all show up in thumbnails, though you can change view and sorting depending on the task. I’ve got files stashed all over the place, so it’s awesome being able to see them all in one place.

Conqu is a highly polished task management app for BlackBerry 10 that allows users to punch in a wide range of task information. Busybodies can add tags, contexts, flag colors, and due dates to their tasks. Tasks can be organized into projects of multiple to-do items, and archived or moved to the backburner once you’re done with them.  The user interface is interesting, responsive, and polished, if not Cascades-driven. For those that need more than what the native Remember app has to offer, download Conqu.

Hub++ is a significant upgrade to the default BlackBerry 10 notifications system. Users can drill down into incredibly specific notifications based on e-mail sender, subject line, and priority, and activate a variety of LED, vibration, and tone notifications. Blanket notification profiles can be set for each e-mail account individually - even with pop-up previews of messages if you like. Hub++ is great for people who get a lot of e-mail and regularly receive high-priority messages that needs to be addressed immediately. The biggest downside here is that Hub++ has to stay open in an active frame in order to work.

SayIt takes the built-in voice control app to the next level. With it, you can not only launch into voice calls, conduct web searches, schedule appointments and take notes, but also launch apps, check times of day abroad, translate to and from about 25 languages, and ask general knowledge questions. The only thing SayIt doesn’t really do is dictate messages, which the built-in voice control does pretty well as is. The best part of all is that the robot lady in SayIt sounds much nicer than the one in the native BlackBerry 10 voice control. Anyone coming from iOS that’s looking for a Siri replacement should check out our quick review for SayIt.

Papillon Currency Converter is a simple, to-the-point converter perfect for anybody travelling abroad. Exchange rates are updated regularly, and can be refreshed for real-time results. A little over 60 currencies are supported, and can be ordered or removed from the list depending on which ones you use most. Calculated amounts can easily be shared out to BBM, so you can even help out globetrotting buddies.

One of the major pitfalls of the native Clock app in BlackBerry 10 is that you can’t set more than one alarm. Luckily the aptly-named Alarm Clock app lets you set as many alarms as you like, each with their own times and set days to repeat. The clock face itself is a sharp digital style with a built-in brightness slider. Nestled in the settings are options for a silent mode, custom snooze duration, and a great shake-to-snooze function.

Gadget Box is an incredibly useful junk drawer of tools, ranging from levels, rulers, protractors, compasses, and more. It might not look especially pretty, but damn is it useful. There’s a unit converter in there, which, though also built into the native calculator app, is handy for those doing construction and using the other tools anyway. There’s tool which uses a bit of trigonometry to determine the height of something based on how far you are from your subject and how much you tilt the device when picking targets at its base and top. There’s even a custom flashlight app in there that lets you set flash frequency of the camera LED, or change color on the screen. Handymen, you’ll want this app in your toolbox.

Luko LAN Remote is an absolutely fantastic, polished remote control for your PC. Once the client is installed on your computer, you can type, click, navigate, and access files from your BlackBerry over the local Wi-Fi network. Controls are robust with dedicated, rearrangeable key layouts for media, system, and web browsing. Full mouse control with scroll wheel, middle, left, and right clicking is included, complete with audio feedback. Favorite files or applications can be saved in a dedicated section in the navigation menu for easy access later on. Luko LAN Remote for BlackBerry 10 is perfect for anyone that has their PC set up with a big-screen TV at the other end of the room. I’m particularly looking forward to this once the Q10 comes out.

Groovy Notes is a nice calendar-centric take on the Remember app with a colorful layout. Users can write notes with audio and images attached to them, include tags, and organize notes by categories. Though functionally Groovy Notes isn’t that much different than Remember, the fresh layout and added focus on a calendar view of notes may be more the speed of those that need to keep an ongoing journal for whatever reason.

If you’re the type to be moving a lot of text between different apps, you’ll want to check out Clipman. So long as it’s running in the background, Clipman stores all of the most recent blocks of text that you’ve copied to a separate storage area in the app. Clipman can be the go-to place for canned responses, as you can lock certain chunks of text from deletion when cleaning up the clippings. Every section of text is timestamped based on usage, and if you need to haul it out to or from a PC, you can import or export the text as an XML file. This is a simple but incredibly useful tool for those of us that have a lot of word-flinging to do on BlackBerry.

That's just a taste of how to get things done on BlackBerry 10. What are your most common tasks when mobile? Which tools do you use to keep moving?