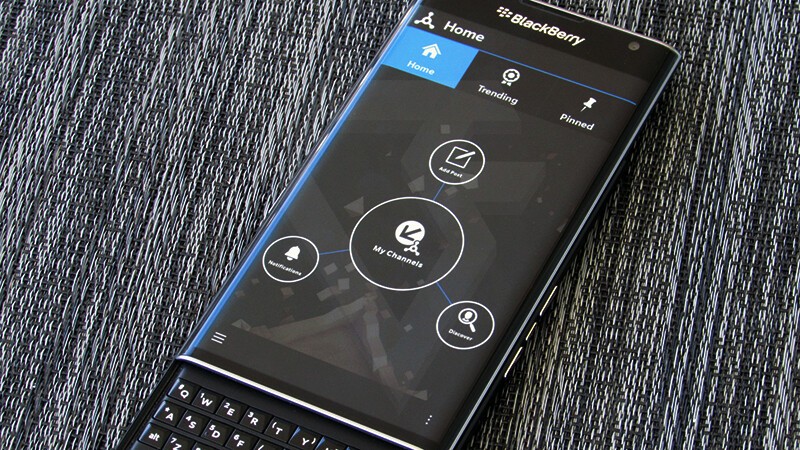 Yep. Three years already. Back on May 14th, 2013, at BlackBerry Live BlackBerry announced a new service within BBM dubbed BBM Channels. As it was described at the time:

BBM Channels allows individuals and groups to create a dedicated channel and share information and updates with the immediacy that BBM offers. BBM customers around the world will be able to connect and share information, broadcast about themselves to their channel, or join their favorite communities and share their experiences of the channel with their BBM contacts.

Since then, there have been several updates to BBM Channels with feature additions and small improvements, but unfortunately, there has been no massive overhaul of the system to give it a refreshed look. With that in mind, Pootermobile and the folks over at BerryFlow have gone ahead and created a new visual concept for BBM Channels.

We've taken inspiration from the longtime BBM Channels icon and used it to craft a front end interface that puts many aspects of the application front and center for users to engage with. We've also added in long press gestures to unveil extra context information all from this interface. Check out the video below of our beta rendition.

In our sketches, we envisioned RSS Feed integration, Channel Shops and so much more for the fledgling platform. We wanted the standalone BBM Channels app to be developed as an Android application to allow for quicker development across BlackBerry 10 and Android.

Personally, I loved BBM Channels for a while and used it every day but over time, the gremlins in the system have turned me off from using it on a regular basis. With some love and attention, I still believe BBM Channels has a ton of potential and it seems as though BlackBerry is still slowly working at it.

A refreshed design like this one and some squashing of the bugs that exist could be all that it needs to breathe some new life into the offering. What do you all think of the concept? Would a refreshed design encourage you to use BBM Channels?