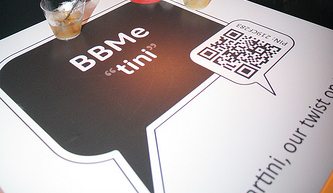 Well, it's hardly BlackBerry related but it's certainly rather funny. It seems as though two RIM employees on their way to Beijing have caused some chaos during their flight there, enough in fact -- that RIM had to issue a statement on the matter. As noted in The Star:

The incident began Monday night aboard Air Canada Flight 31, a non-stop flight from Toronto to Beijing, where the unruly passengers consumed “too much alcohol” and “disobeyed” the flight crew, according to Richmond RCMP. The Boeing 777 aircraft, carrying 314 passengers and 17 crew members was already north of Alaska, when the pilots decided to turn the plane around to unload the passengers.

After forcibly restraining the two men, the crew notified the RCMP of the decision at 6:30 p.m. on Monday, and the plane landed at about 10:21 p.m. in Vancouver. Richmond RCMP officers were waiting at the airport to arrest the men: “They weren’t necessarily fighting. They were just simply being unruly in their drunken state,’ said Cpl. Sherrdean Turley in an interview. “And in that state, they just simply weren’t listening to any direction that the flight crew was giving them.”

Because the daily direct flight between Toronto and Beijing extends for 13 hours, any unscheduled stop would put the flight crew — four pilots and 13 flight attendants — beyond the number of hours they are allowed to fly for health and safety reasons.

But the airline could not immediately get a flight crew to the Vancouver airport, so passengers were put up in a hotel overnight and then flew on to Beijing on Tuesday, arriving 18 hours late.

RIM has commented on the matter stating: "Based on the limited information available at this time, RIM has suspended the individuals involved pending further investigation.” -- Both employees have been given suspended sentences and one year’s probation, in addition to paying restitution to Air Canada of $35,878 each.

Both have also been barred from having any contact with Air Canada employees or flying that carrier during the probation period. Ouch! There is always the joke about how employees at RIM must be drunk but in this case -- it is entirely accurate.